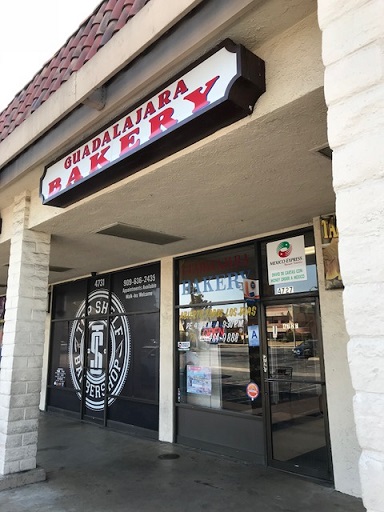 A friend who was making an informal survey of local panaderias scored Guadalajara Bakery fairly high. Two years later, this fact clicked in on a morning in which I had to drive to central Chino. So I headed to the Stater Bros. Plaza to find the bakery.

It’s a small place with three bakery cases. At mid-morning, I was the lone customer at that particular moment. I grabbed tongs and a tray and picked up six items. Cost: a mere $5.05. The nice woman behind the counter rounded the bill down to $5.

Unusually, some of the decor is vintage Coca-Cola items. The woman told me the bakery has been there 16 years. As I left, another customer entered. 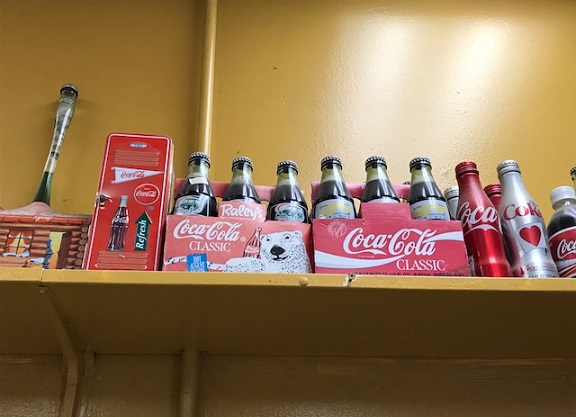 Back at the office, I laid out the pan dulce expectantly. It turns out I’d picked a day when literally nobody was in the newsroom but me. So much for my heroic effort. Later an editor came in and had half a pastry. I ate a couple and took the rest home, polishing them off the next two mornings.

Not bad for five bucks. 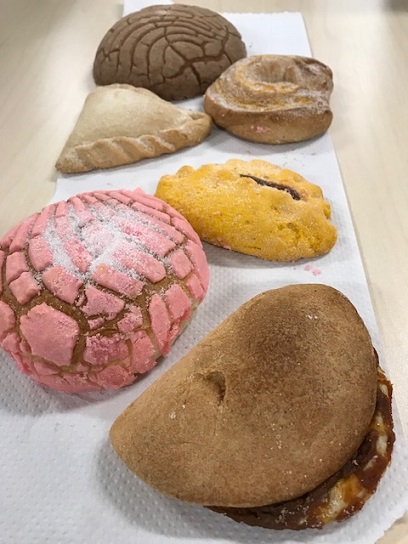 My friend, it turned out upon a rereading of his recommendation, had said Guadalajara was essentially a solid middle-of-the-road panaderia, one to use as a baseline from which to judge ones worse and better. I don’t have a lot of experience with panaderias, so that’s good to know. I had found Guadalajara Bakery perfectly good but not amazing, which may mean my tastes are in line. But besides being good, it’s friendly. Also, according to Yelp, they have tamales. 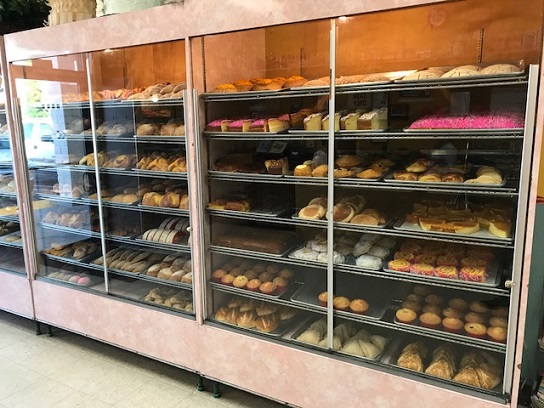