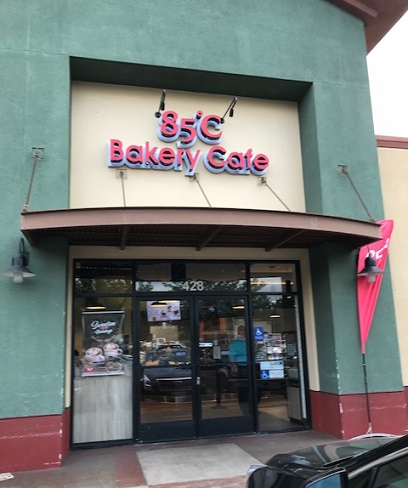 I’ve been to the Chinese bakery chain 85 Degrees (Celsius) in Chino Hills a few times, which will tell you I like it. One opened up in Claremont last fall, in the Super King center.

Even though I live in Claremont, my lone visit so far was not on my way to work or on a weekend but rather for a workday meal. I was headed to an interview in Claremont at 4 p.m. one day from our Rancho Cucamonga office and needed a quick lunch. It occurred to me that 85 Degrees was right off the freeway and wouldn’t take long. 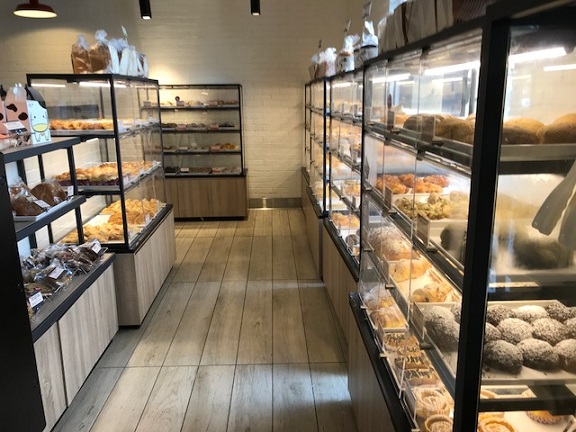 It’s in a space in the middle of the center that previously housed a couple of Mediterranean restaurants in succession. I was skeptical of how this would work, given that the Chino Hills space is probably four times larger, and with a patio. But the selection of serve-yourself items is about the same size as in Chino Hills. There’s no cake display and far less seating.

I grabbed a tray and tongs and picked up, in clockwise order below, a wheat mushroom roll ($1.65), apple danish ($1.80), pork sung bun ($1.80) and spinach danish ($2), plus a sea salt jasmine tea ($3, not pictured because it arrived after I started eating), paid and took the lone table available. I felt bad taking a table for four, but it was that or eat standing up, and besides, I wasn’t there long. 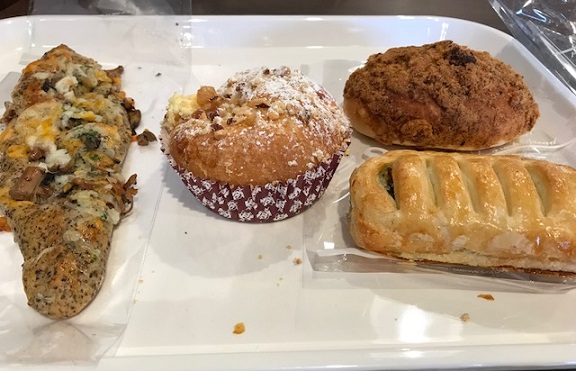 As always, I liked my items, with the wheat mushroom roll my favorite and the pork sung bun the least. If there were more seating, I would visit more often. 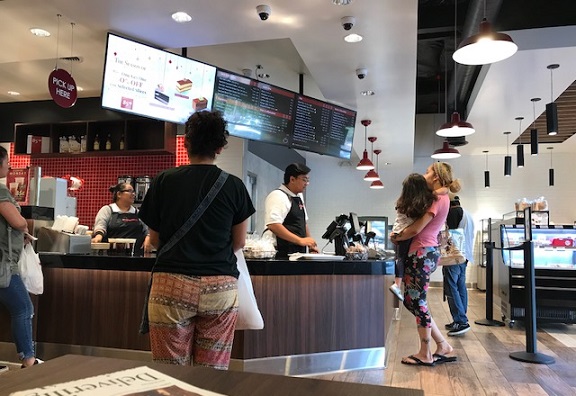