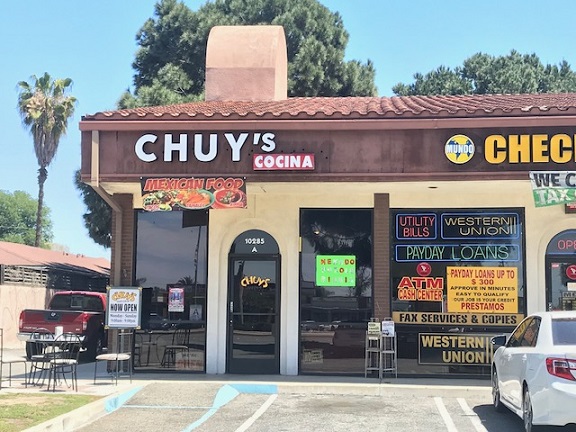 A friend who drives up Central on a frequent basis noticed Chuy’s and suggested a group of us meet there for lunch. I had overlooked the restaurant, which opened last September in a small, multi-tenant building, but agreed instantly. Always nice to find a new restaurant to try in modest Montclair. (The current Yelp rating, by the way, is five stars, based on 63 reviews.)

You generally order at the counter, it seems, although a staffer came to our table to take our order based on the menu behind the counter. Hey, it’s a family-run place, they can make their own rules. Menu board is below; click on the photo for a more readable view. 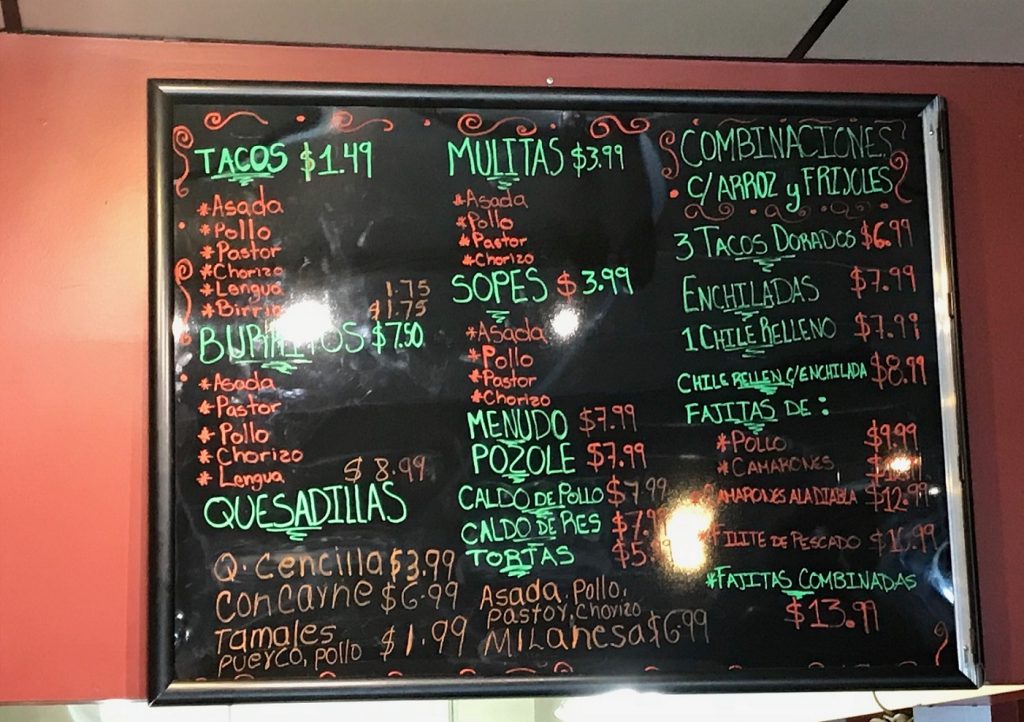 I got a sope (with pastor) and a mulita (with asada), each $4. I think I’d had a sope once, which is pictured at top below, but not a mulita, foreground. A mulita is somewhere between a taco and a quesadilla. I liked it. It turns out I’m not a fan of sopes, which are hard to pick up and eat, and have crumbled cheese and other toppings that fall off, but there was nothing wrong with this version. 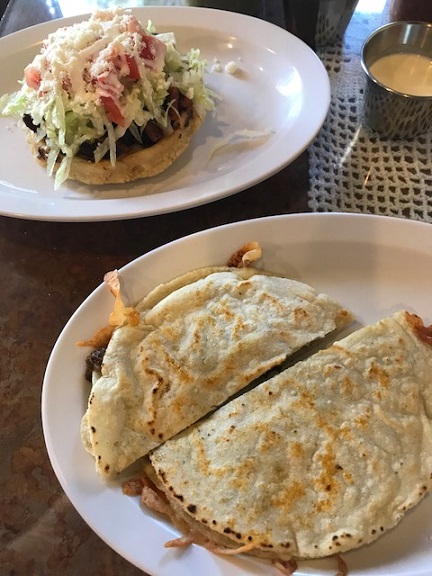 One friend got the chile relleno and enchilada combo ($9) with beans, rice and a wee salad. “Esta muy rica,” he said, practicing his Spanish. “Very delicious. I liked it very much.” 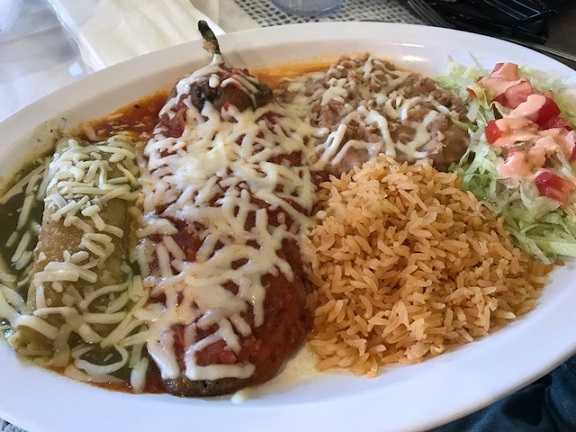 The other two friends each got three-taco combos ($7), one with bean tacos — “Tasty. I really liked the salsa,” she said — and one with chicken. After much thought as to a pithy comment, he settled for: “The tacos were excellent.” Posterity thanks him. 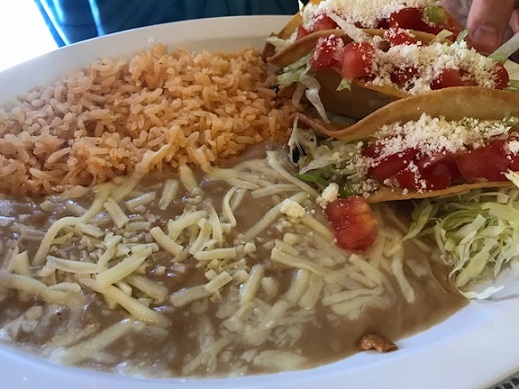 Chuy’s seats about 30. The staff was helpful, even if their English is lacking. When the vegan in our group had a question about the preparation, the chef came out to answer. When our complimentary chips were finished, they brought out more, and also refilled our drinks.

The friend whose idea it was to meet there mused aloud, “My thought was, how could a place so small be a restaurant? In the inside, it’s a lot larger than it looks from the outside.” 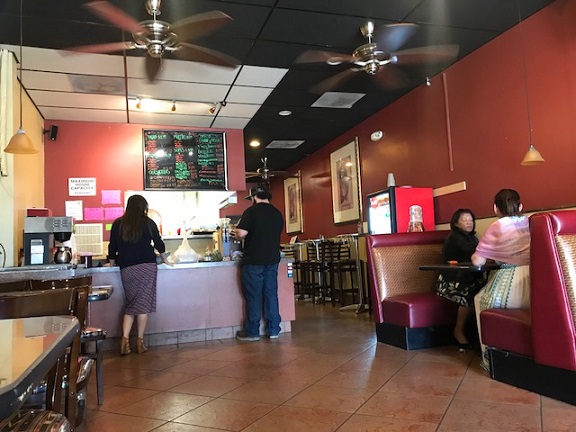