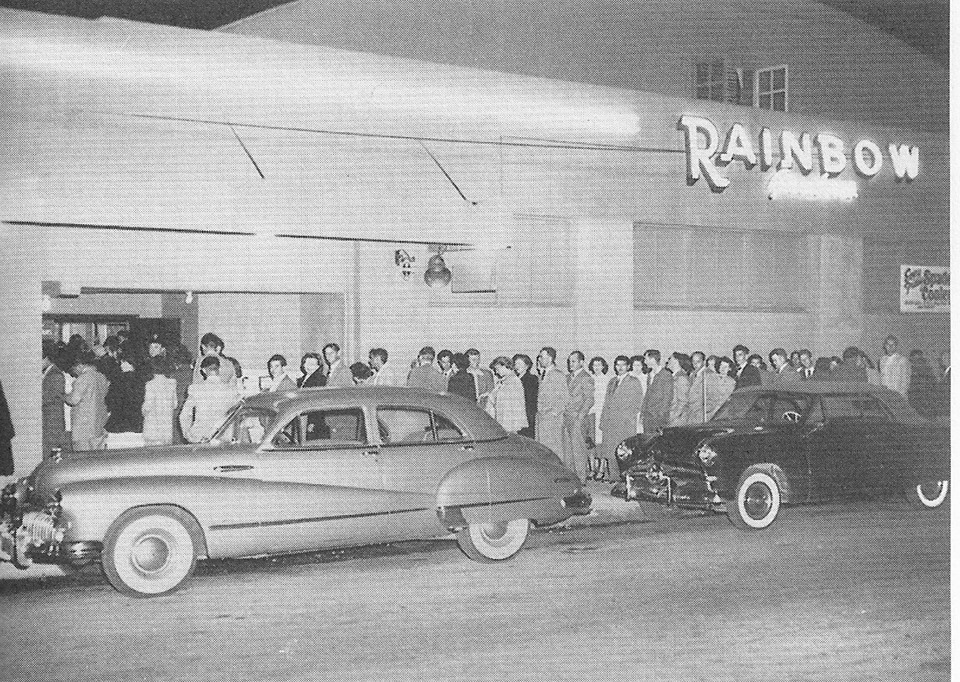 Rainbow Gardens was a popular dance hall in Pomona from the 1940s to the 1960s. The location was 150 E. Monterey St. (at Garey Avenue), immediately south of the YMCA.

Rainbow Gardens opened in 1948, although the building had housed the Palmetto Ballroom from 1945. (Previously the site had held a garage that was turned in 1936 into an athletic club, which hosted wrestling, and then in 1938 into a roller rink, before burning down in 1943 and being rebuilt as the Palmetto.)

The Gardens is best remembered, though, for the R&B and rock bands who performed there — the club was on what was known as the Chicano circuit, which included the El Monte American Legion Stadium — and attracted large, mixed audiences, especially Latinos. KRLA hosted weekend dance parties.

The Mixtures, a group from Oxnard that served as the Gardens’ house band, released an album titled “Stompin’ at the Gardens,” and Ronnie and the Pomona Casuals put out a single, “Swimming at the Rainbow.” Candelario Mendoza, a radio disc jockey and later a Pomona educator, was an emcee, booker and consultant from 1950 to about 1962.

Interest in the Gardens began to wane in the early 1960s, and it burned to the ground March 25, 1965. Apparently no cause was ever determined and it was not rebuilt. To my knowledge, the lot remained empty until the Monterey Station apartments were built there almost 50 years later.

Most of the above came from “Land of Thousand Dances: Chicano Rock ‘n’ Roll in Southern California,” “A World of Its Own” and the Progress-Bulletin files. I’ve been reading up on Rainbow Gardens for an eventual column or two. If you ever went there or know anything about it, please comment for posterity!

For the record, the original photo with this post, now placed below, is of a Rainbow Gardens nightclub from Los Angeles and was taken from the Inland Empire 50’s, 60’s, 70’s Facebook page. I apologize for the mistake and thank Darin Kuna, Kenny Soper and others from the Growing Up in Pomona in the ’40s, ’50s and ’60s page for the correction. 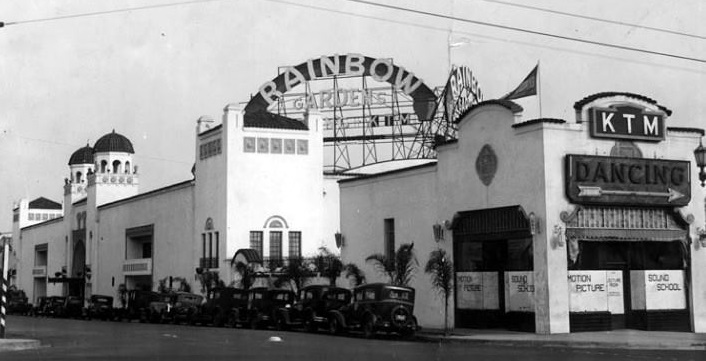