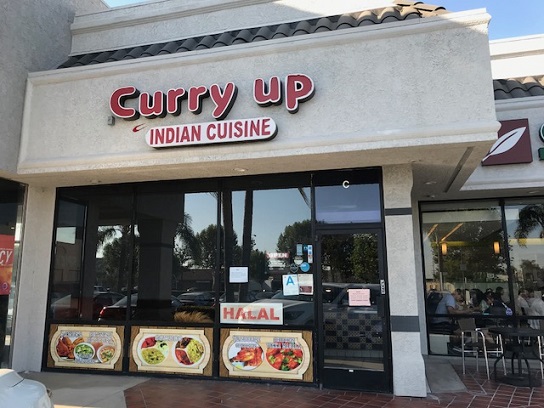 A Cal Poly Pomona friend wanted to meet for dinner and was willing to meet me closer to home. But I had thought of that little strip center near campus with three or four restaurants, none of which I had tried. The only one whose name I knew was Curry Up, a cleverly named Indian restaurant that’s been there some years. So we met there.

You order at the counter, with seemingly all the items already waiting on the steam table and best ordered as a two-item combo, like a modest, subcontinent version of Panda Express. 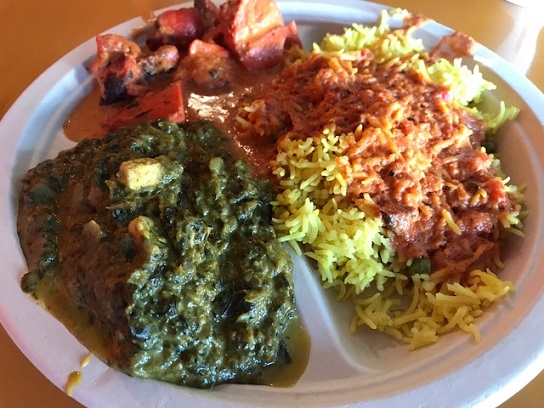 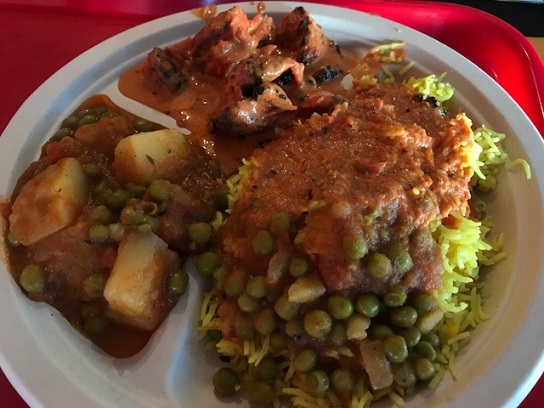 If I remember right, the regular naan is free — does this mean the cost is naan? — but there’s a small charge for garlic naan, which is pretty much everybody’s favorite style of naan and which therefore is worth the extra buck or whatever it was. 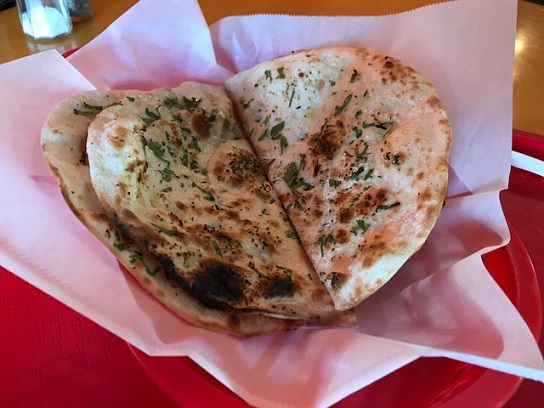 My friend liked his meal. Mine was all right, and the saag was spicier than expected. I have to be honest, Curry Up was nothing special. But I hadn’t had Indian food in a while and it was nice to have some again. And, while I’m prepared to be wrong, it might be the only Indian restaurant in Pomona. 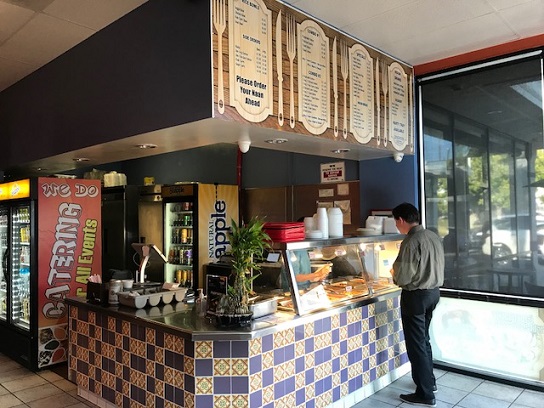