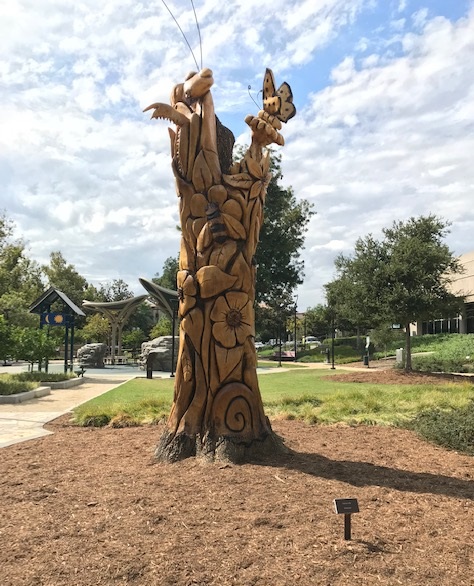 Here’s a new, but perhaps not entirely unfamiliar, piece of art in downtown Ontario. It came about after the city’s arborist determined that an ash tree next to City Hall in the Conservation Park was past saving.

“Rather than cut it down, we commissioned an artist to create something in keeping with the Conservation Park,” assistant city manager Al Boling said.

And so the tree was stripped of bark and limbs, and woodcarver Eric Garcia created “Shamel Ash” with chainsaw, hand tools and a blowtorch. The trunk now appears to be made up of flowers, butterflies, seeds, caterpillars and a praying mantis. Cost was under $5,000. 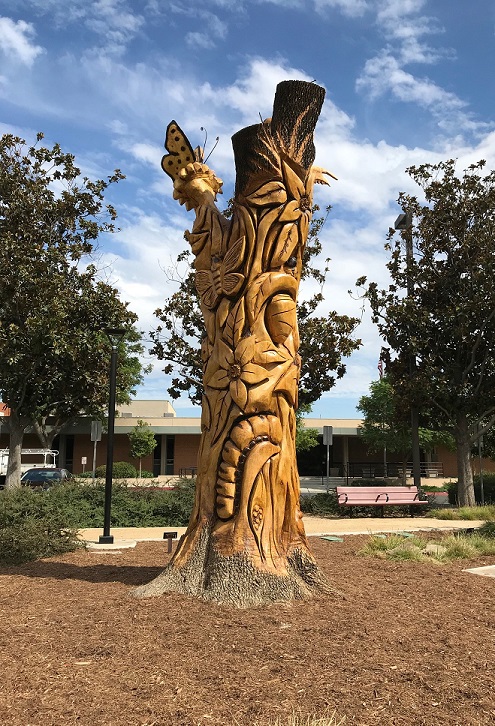