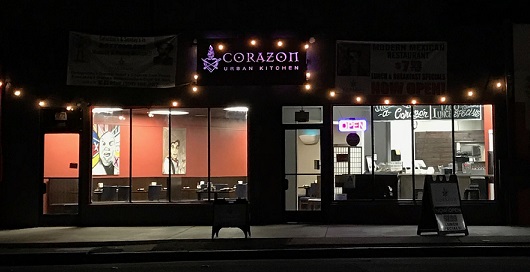 Pomona has a lot of Mexican restaurants, most of them taquerias, but places taking a more chef-driven approach are rare. There’s been some movement in that regard in the past year with the vegan Mexican spot Borreguitas, the cholo-friendly Dia de los Puercos and the modern Mexican Corazon Urban Kitchen.

Among the experimental restaurant’s experiments was where to locate. Corazon opened on East Second Street earlier this year, was raved about and then within weeks closed in a landlord-tenant dispute. This summer it surfaced on Garey Avenue above the 10 Freeway between a tire shop and a liquor store across from Pomona Valley Hospital Medical Center.

I had lunch there recently with a friend who’d eaten there once before. A window seat will put you practically on the sidewalk. 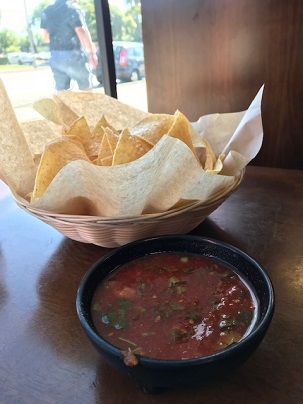 Parking is either on the street or in the lot immediately to the south, which the server assured me was fine. The exterior is a muted red with a stylish metal sign, the effect somewhat offset by a banner or two. The interior is inviting with faux wood flooring, pumpkin-colored walls and portraits of such Mexican icons as Frida, Cantinflas and El Santo.

Lunch started with chips and salsa. The chips were warm, the salsa fresh tasting. 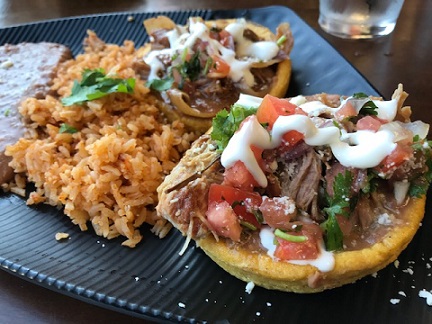 My friend and I ordered from the lunch specials, which are $8. I got a carnitas sope with rice, he got a chicken tinga torta with fries. We both thought they were great. A reader had recommended the sopes, two discs of masa with a meat (or not), queso fresco, cilantro and crema, and I was not disappointed. I should have asked my friend to cut his torta in half for a better photo, but I swear there was chicken inside. We both left full.

“I would say ‘Delicious torta,’ which is a boring thing to say,” he said. “Not only would I come back, I did come back.” While he preferred his first-visit quesadilla, he said: “The taste is prima.” 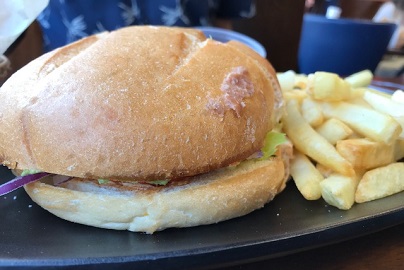 Plates cost $10 to $25. Entrees include short rib tacos, potato taquitos, chicharron tacos and a chorizo burger. Their Facebook page says they now have a vegan chile relleno. Blogger John Clifford gave a detailed account of a meal here back in June. Owner Sergio Nogueron, he said, is a Ganesha High graduate who worked in restaurants in LA before returning to his hometown. Welcome back, Sergio. 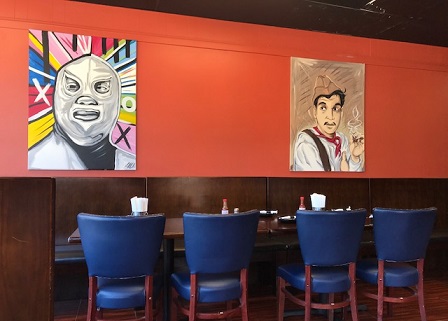