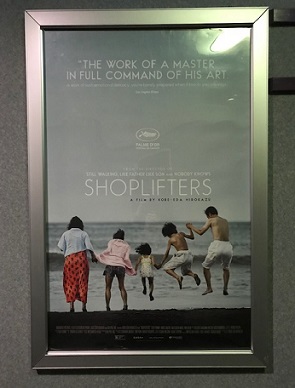 Critics are saying 2018 was the best year for film in years, maybe even in this century. That may well be true. They get paid to see a lot of films. As a private citizen with a busy life that included turning out a book, I saw fewer films than ever.

Also, a few of them stunk.

I made a point of seeing “Let the Sunshine In” after strong reviews and a fizzy trailer. I disliked it and its confused and annoying lead character, and was in disbelief when in the final few minutes 1) Gerard Depardieu showed up out of nowhere and 2) the scene just kept going, with the credits on one side of the screen and more yakking taking place on the other. (The SF Chronicle’s Mick LaSalle put this movie in his Top 10. Even the great are allowed to falter.)

As if this hadn’t put me off enough from spending two hours in a theater, I came back from a vacation to find the well-reviewed, right-up-my-alley “Hearts Beat Loud” already on its way out of theaters. I drove to Brea to catch a matinee. What a disappointment. Somehow the main character was selling vinyl records in hipster Brooklyn — and failing? But he was. In all the scenes in the shop, there was rarely even one customer, which may have said more about the low budget for extras than about record selling.

This sourness is what happens when you feel pressed for time and see a dud: It’s harder to take it in stride. It puts you off the whole enterprise of moviegoing. Still, “Green Book” cheered me at Thanksgiving, and I rallied for three strong movies in the waning days of 2018.

This is all to say that this year’s Favorite Films list is a bit wan and underdeveloped. But here it is. Take a look and then tell me in the comments what you saw and liked, or hated.