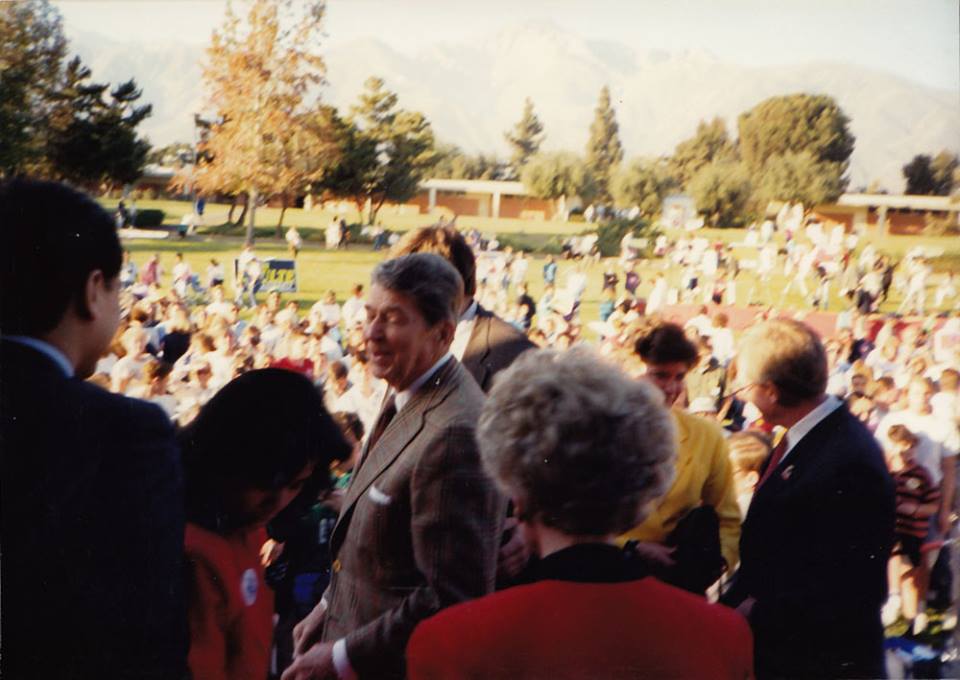 On Nov. 3, 1990, former president Ronald Reagan came to Chaffey College to stump for fellow Republican Pete Wilson, who was running for governor.

“You have to make sure people know they are violating their heritage by not going to the polls,” Reagan told an audience of 400, according to news reports. “They are supposed to be telling people elected to office what to do.” He contrasted this with other countries, where he said people in office tell the public what to do.

Wilson was there, as were many other Republicans seeking office. Bob Hope warmed up the crowd. “We’ll all be glad when this election is over,” Hope said. “Pete Wilson will be governor, and the rest of us will be able to get our regular commercials back on television.”

Reagan made at least one phone bank call, to Ontario resident Vena Stout, 78. “Hello, this is Ronald Reagan,” the call began. He urged her to get out and vote, which the lifelong Republican promised to do.

Thanks to the Chaffey College library staff for digging up news clippings of the event, just in time for Presidents Day. 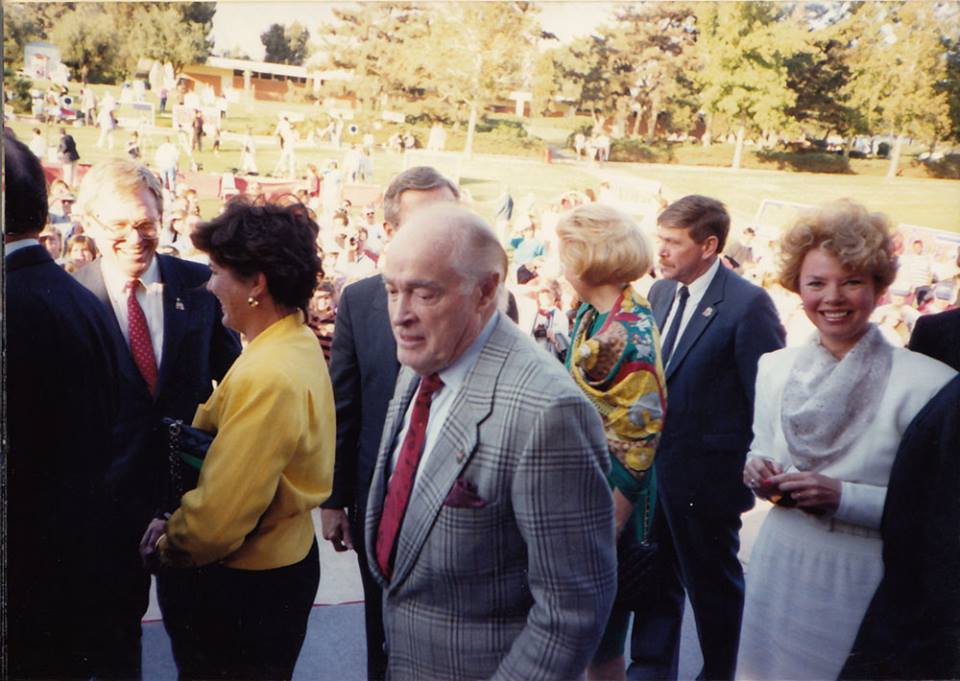