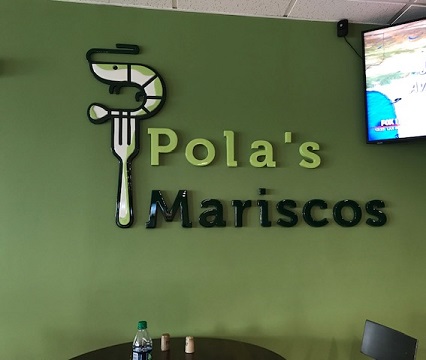 I’d noticed Pola’s while driving along Central Avenue, in the aging center with Dolce Bistro, Tokyo Kitchen and more. Pola’s took over a long-vacant Quizno’s whose sign’s ghost image could be easily read even years after its departure.

While no expert on Mexican seafood, mariscos sounded appealing, and a new restaurant in Montclair is almost news in itself. So I arranged to meet a friend for lunch there. I could accurately say this took place on a cold, blustery day, even though this was in the middle of January rather than any time in the four weeks since then, which have largely been just as dismal.

It’s a simple operation with a short menu. I got the campechana ($12.50), with shrimp, octopus, tomatoes, cucumbers and avocado. 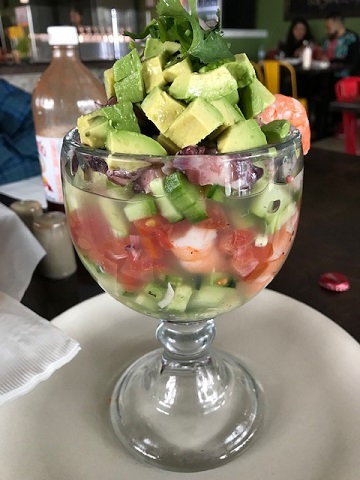 The seafood, simply prepared, tasted fresh and of the sea. Does the serving look large in the stemmed glassware? It was. It was all I could do to finish it. 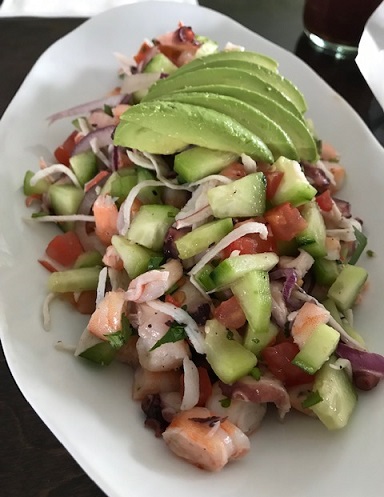 My friend got Reyna’s mix ($13.50), with shrimp, octopus, crab (hence the extra $1), cucumbers and tomatoes. He pronounced himself equally satisfied and stuffed.

The menu has aguachile, shrimp cocktail, molcajete and tostadas, plus menudo on weekends, but no tacos or burritos.

We were given crisp tostadas as accompaniment, plus ketchup, mayonnaise and hot sauce. The staff was friendlier than the norm. Pola’s is a nice place. 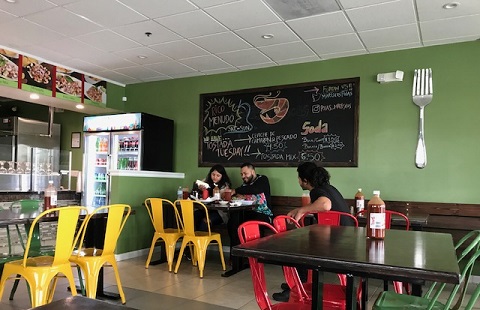