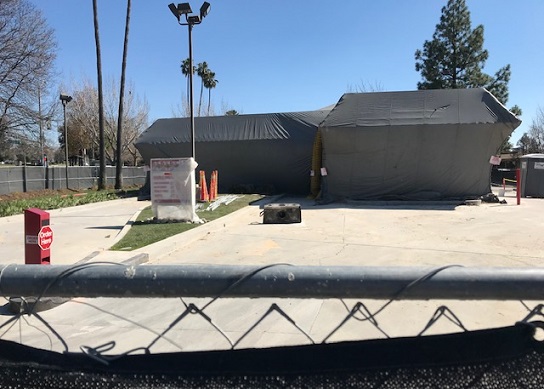 You may have read that the In-N-Out in La Verne has closed briefly for renovation. My colleague Liset Marquez had that story last month.

I was driving by on Foothill Boulevard Feb. 24 and was greeted by the unusual sight of the restaurant fully wrapped, as if it were being fumigated, or as if Christo had turned it into an art installation. On my way back, I pulled into the lot to take a few photos just for the novelty of it.

“We will be open normal hours on Friday, March 15,” the sign below promises.

This In-N-Out opened in 1977 but is considered Store No. 3 as the chain moved its third store there from Pomona, where it opened circa 1952 (records are scarce). In-N-Out had attempted to open a restaurant in La Verne in 1975 but was, rather astonishingly, turned down, a story told in my column in 2018.

Oh, and Gustavo Arellano caused a stir last November with an essay in which he declared In-N-Out’s burgers “so-so.” Read his take here. Personally, I like one now and then, but as a transplant to California, I’ve always been of the opinion that you had to have grown up eating In-N-Out to love it. 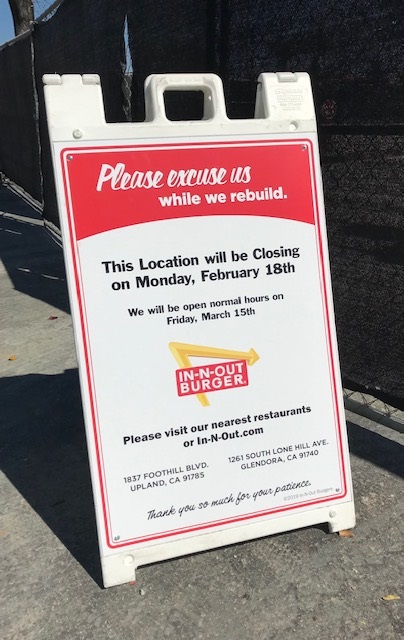