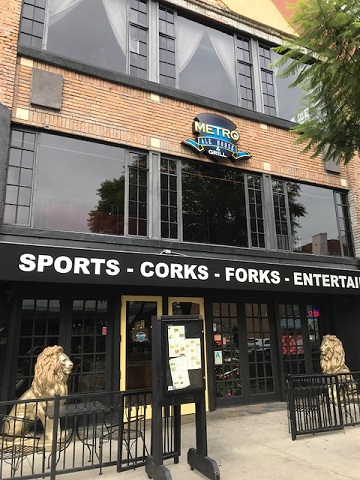 Taking over a 1925 building that originally housed a dry goods store, Metro Ale House opened in 2015 after two years of renovations and, according to its slightly bitter “our story” on its menu and website, five years of red tape. (There’s litigation.)

I had seen the interior at one point during the construction and was impressed at all the effort being expended. The brick building is three stories tall, with a basement tavern, a restaurant and bar on the main floor and an events center on the top two floors for wedding receptions, private parties and such.

I had never eaten at Metro until a few weeks ago. A friend and I were meeting for lunch on a Monday at the Rookery, which turned out to be closed Mondays; ditto with Dia de los Puercos, the next restaurant as we walked east on 2nd Street. After crossing the street, we saw Metro Ale House and figured, why not?

We sat near the bar, ordered water and perused the menu. It has appetizers (and many more than is typical, probably since they make for good bar food), salads, sandwiches, tacos, pastas, seafood, steaks and chicken. As you might suspect from the wide-ranging menu, there’s something for everyone, but probably not the best versions of anything.

My friend had the Santa Fe salad ($14), with romaine, bacon, peppers, corn, avocado and chicken, tortilla strips and pico de gallo. No foodie, he said with a shrug, “It’s a salad.” 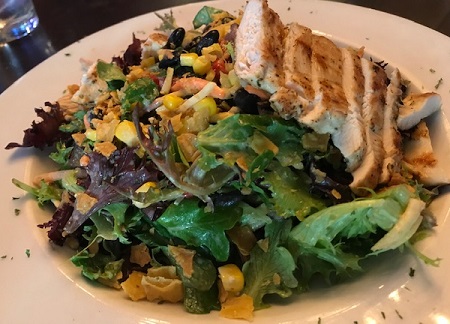 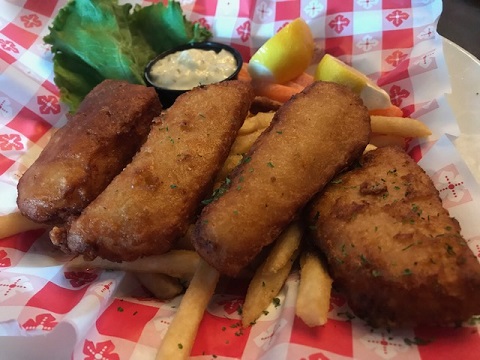 I got the fish and chips ($12), cod fillets in a Guinness batter with seasoned fries. These were acceptable, if not as good as at O’Donovan’s a block away.

On my way back from the men’s room, I saw a number of well-dressed folks taking the stairs up to an upper floor for a post-funeral luncheon. And there were a fair number of customers on the main floor where we were. Metro Ale House likely fills a need, especially on weekends and as an event space, or as a bar.

It gets 4 stars on Yelp, for whatever that’s worth, but I wasn’t enthusiastic about the place, at least as a lunch spot. Had my friend and I kept walking east, we would have found Slummin’ Gourmet, which would have been a more satisfying choice. 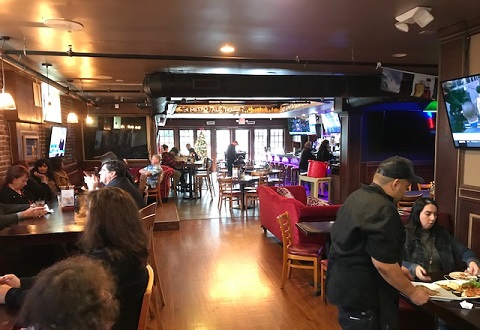