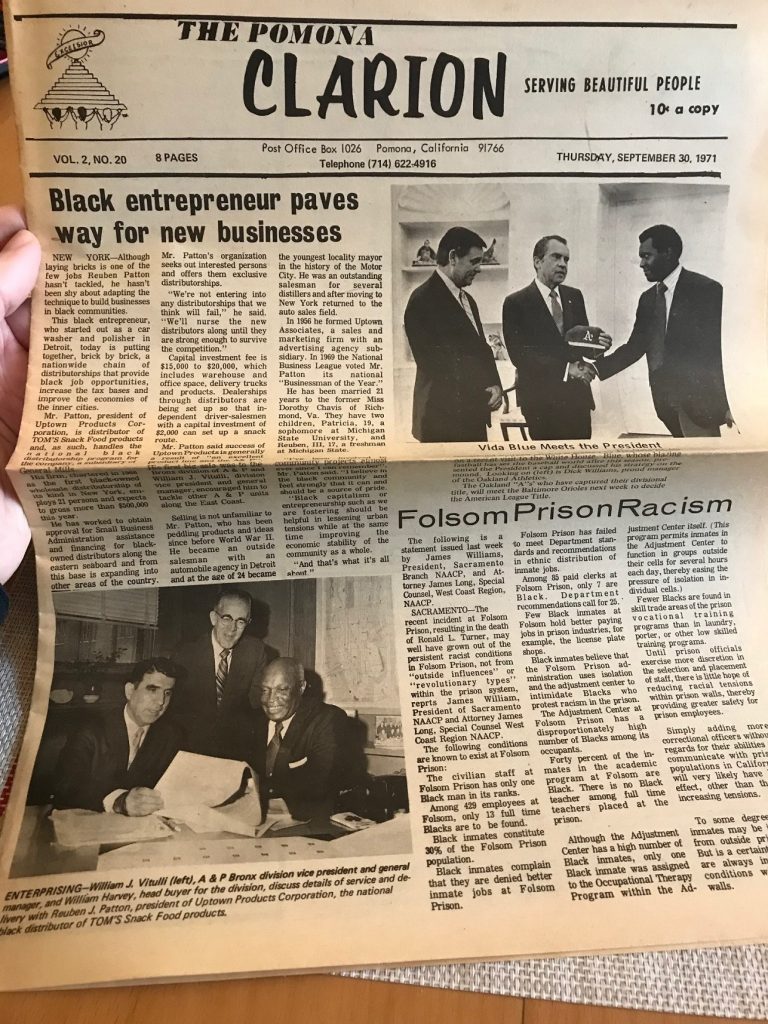 A friend recently showed me a stack of copies of a rare newspaper: the Pomona Clarion. Motto: “Serving Beautiful People.” It was published for the black community from 1969 to 1974 by Moody Law and his wife, Norma.

The paper was a sideline for both; he was a lab manager and she was in corrections. She died March 7 at age 81.

As Moody Law told the Daily Bulletin in 2008 about the Clarion: “I swept the floor, put together the ads, and delivered the paper with my kids and Norma.”

The Clarion apparently was not a moneymaker, as Law said he and his wife had to subsidize the operation. But he said: “We needed some way to get the story told from our point of view. It’s amazing. This stuff is now history.”

It’s even more a part of history a decade down the line. My friend is going to donate his Clarions, but he let me flip through them. There were success stories about black figures in the community, and stories, opinion pieces and satirical cartoons about local injustices, including a bar that refused to serve a black couple and a march against the Chino Valley Unified School District over a racial matter.

The ads were of interest too, often of long-gone stores and restaurants that catered to blacks. Here are a few. Note that the addresses of all three businesses is the 2400 block of North Towne, apparently the same center, or its predecessor, that now has a Walmart Neighborhood Market, Dino’s Burgers and more. Click on them, or the newspaper above, for a clearer view. 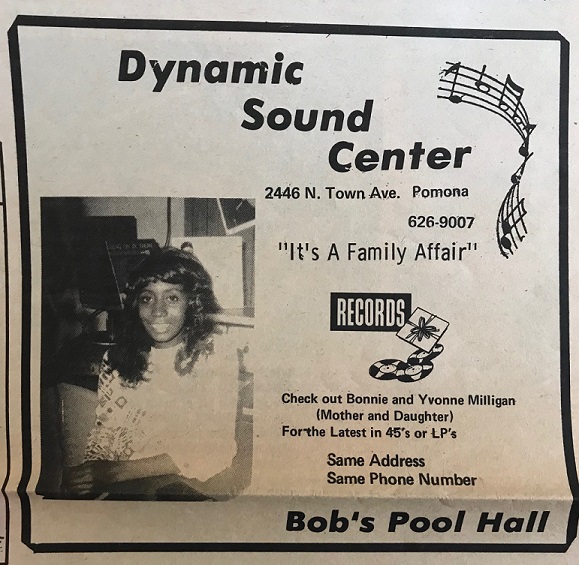 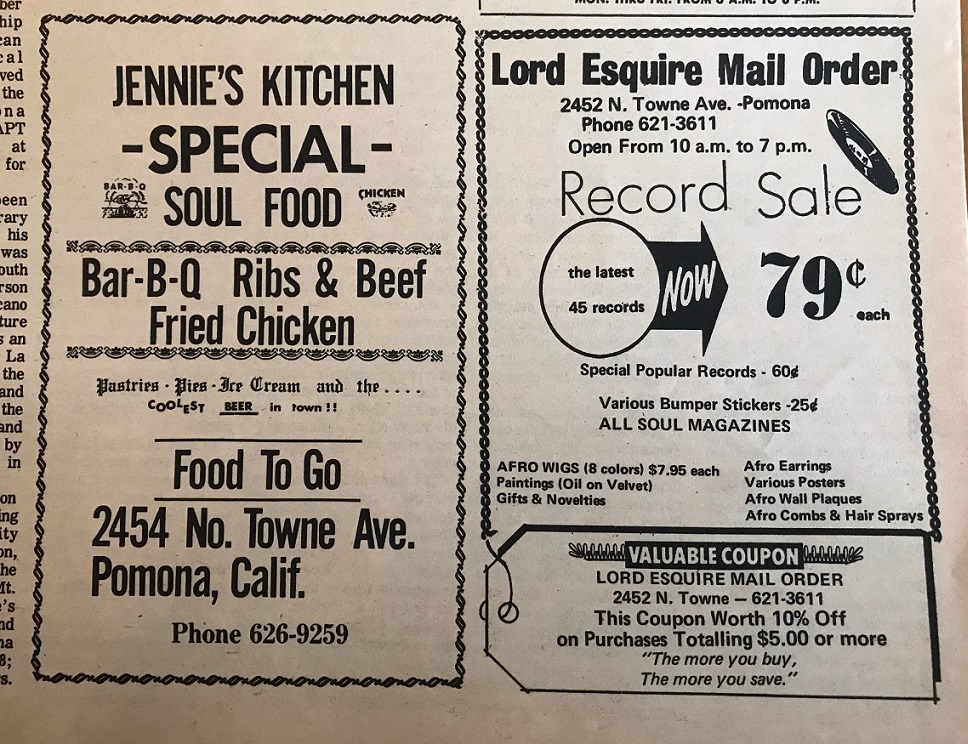 I wish I could try the soul food at Jennie’s Kitchen and check out the records at Dynamic Sound Center and Lord Esquire, while also surreptitiously ogling the latter’s “afro wigs” (in “8 colors”) and “oil on velvet” paintings.

Here’s the staff box from the same 1971 issue as pictured above. It must be said, it would be hard to invent a name with more gravitas than Moody Law. 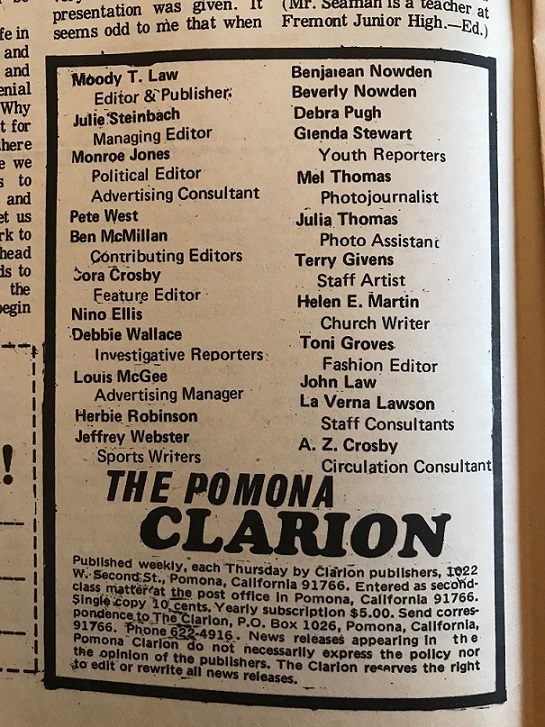