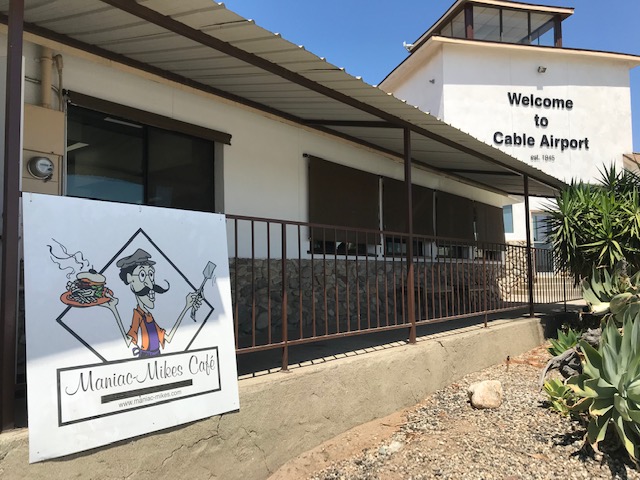 Cable Airport has had a restaurant going back at least to the 1970s, gaining the name Maniac Mike’s in 1999 under new owner Mike Stewart. Like most restaurants at general aviation airports, there’s the food and then there’s the chance to see small planes take off and land, or to just enjoy the ambiance of a low-key airport.

Mike’s closed after a fire and the owner’s death in 2018, as I’ve recounted; it’s reopened in the same family but with a new look. At this writing it’s still in the soft opening phase until the patio can be completed. A friend and I ate lunch there two weeks ago and I may as well file a report on it. 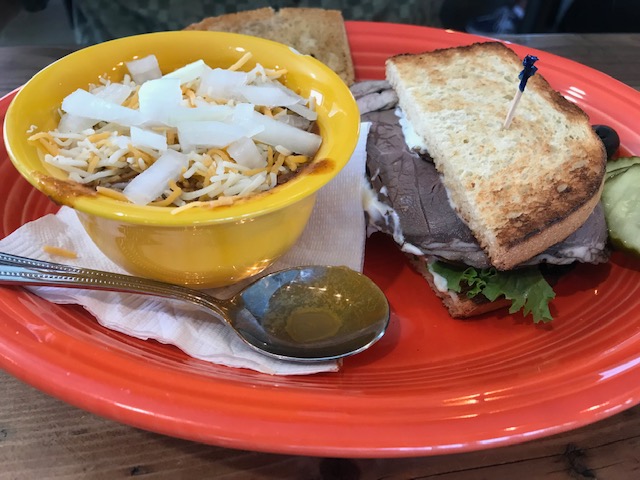 The menu is largely the same as before, with hot and cold sandwiches, pancakes and such. My friend (whose name is Mike, but who is no maniac) ordered the “biplane,” a half-sandwich and soup or chili ($10). He got roast beef, piled four layers high, and chili, which as you can see came with cheese and onions. He washed it all down with a Runway IPA, one of the beers on tap ($6). “It was good diner food,” he said. 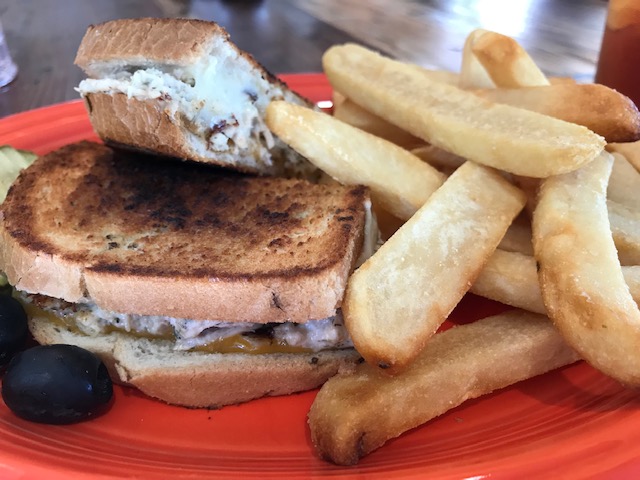 I got my baseline sandwich, the tuna melt ($8.55), the one by which I judge a diner. This tuna melt was above the baseline, tasting fresh. I got steak fries as my side; they were OK, but boring, and I left most of them behind.

The airplane kitsch is gone, replaced by handcrafted tables of reclaimed wood, teak paneling, tile and hanging copper lamps. The staff described it as “modern chic.” It’s almost a gastropub look. The patio will triple the seating and should be a popular spot.

The only disappointment, unless the fries count, is that during an hour lunch, only one plane was seen in action. C’mon, pilots, step it up. 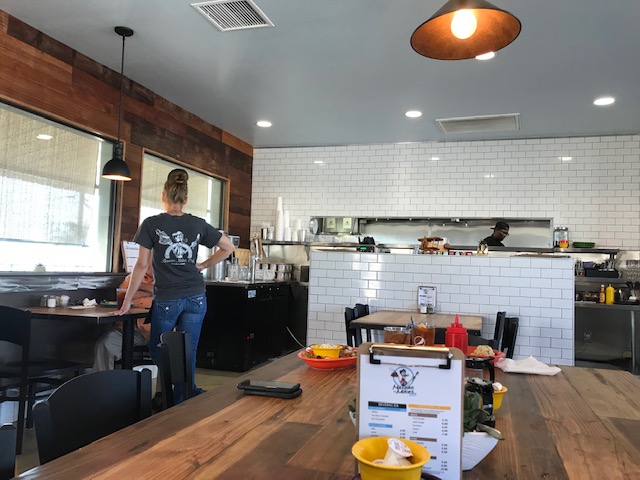