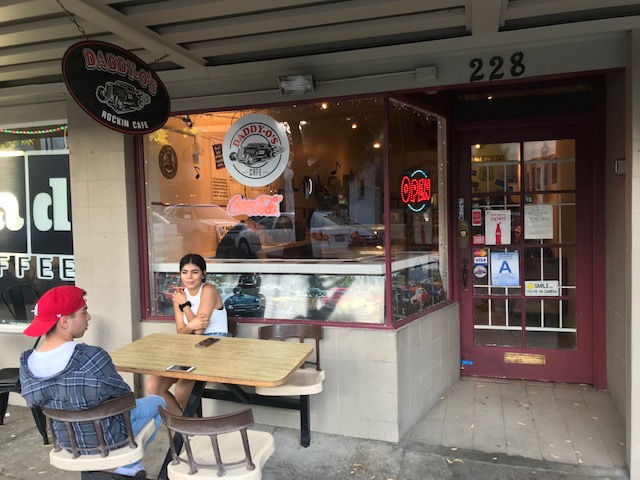 I had heard of Daddy O’s, in business in downtown Upland since 2014, but had not eaten there. In fact, I was skeptical that it was as good as Yelp reviews would lead us to believe; it currently has 5 stars. But a friend whom I trust raved about it and invited me for an early dinner (Daddy O’s closes at 7), so I showed up with optimism. Spoiler alert: Even my sense of optimism underrated Daddy O’s.

The interior is narrow and kitschy, with some midcentury-style memorabilia and modest, two-person wooden booths. It looks like an actual business from the 1950s rather than the gleaming, overdone, Marilyn and Elvis-decorated diners around us today.

We ordered off the limited menu — hamburgers with or without cheese, a hot dog and deli sandwiches were about it — and took a seat at a sidewalk table on a warm late afternoon.

The owner, who appeared to be running the place by herself, said our food would take a few minutes since everything is made fresh, and that was fine. Some 15 or 20 minutes later, she brought out our plastic baskets. 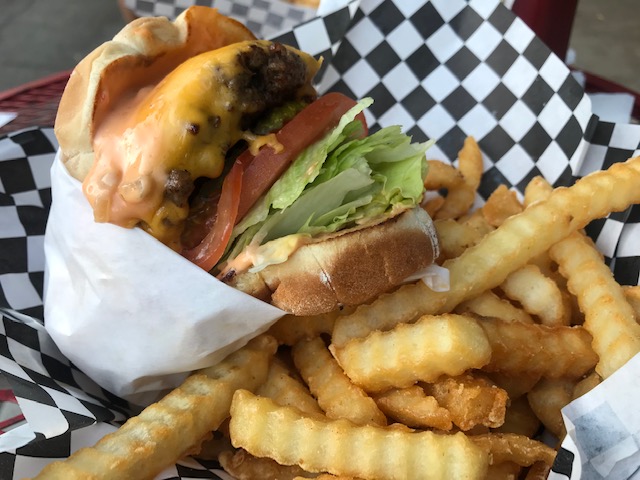 My cheeseburger, cooked medium rare as requested, was made from hand-pressed Angus beef, with a sheaf of lettuce, tomato, onion and thousand island dressing. It was the best burger I’d had in some time. The crinkle-cut fries were crisp on the outside, soft on the inside. The combo with a soda: $10.50. 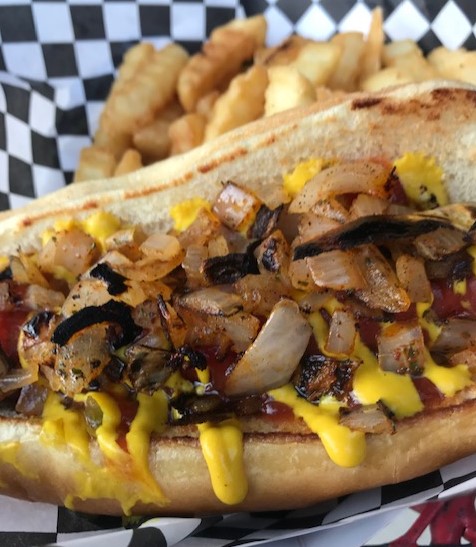 My friend’s hot dog, fries and soda ($7.50) were declared very good, with the grilled onions a good choice. “I’ve always liked crinkle-cut fries,” she said. “They remind me of high school.” 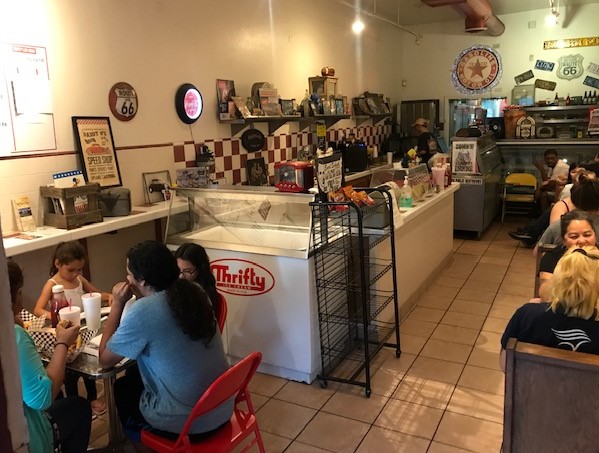