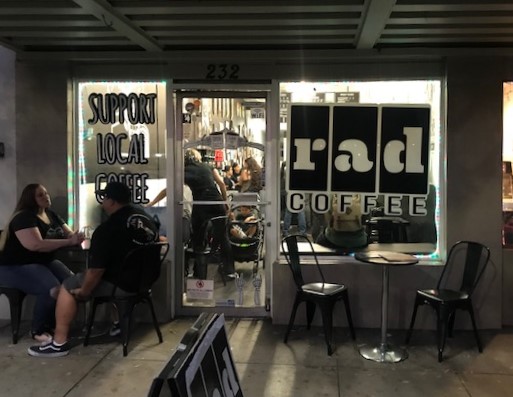 This is a sequel of sorts to last week’s no doubt thrilling Restaurant of the Week post about Daddy O’s, in that Rad Coffee is immediately next door to Daddy O’s and was visited after my fine burger and fries there. Put both posts together and you have a complete two-hour experience (that will take five minutes to enjoy).

I was aware of Rad Coffee, which after all has been written up in LA Weekly and elsewhere, but that write-up, while positive, had not been enticing somehow. It focused on Rad’s unusual drink combinations that use colored whipped cream and breakfast cereal. Shortly afterward, an Upland friend said something dismissive to me about the place, to the effect that it was great if you like cereal in your coffee.

That was a couple of years ago. After Daddy O’s, the friend with whom I had dinner suggested we go next door for Rad, telling me it was a good spot. And as I try to keep an open mind, I was game, because I remained curious about the place.

The first surprise was that one of the baristas is a friend whom I had lost track of after he’d left a Claremont restaurant I frequented. So immediately I felt welcome.

Rad does have some crazy drinks in its “specialty blended” category, some of which, yes, have cereal. They also serve espresso shots in cold brew with ice cream ($10), for you big spenders. 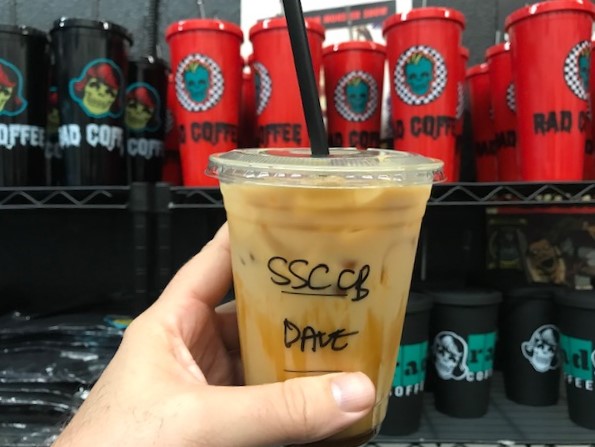 But they serve standard espresso and coffee drinks, made with Verve Coffee from Santa Cruz, as well as tea and lemonade. I got a sea salt caramel iced coffee ($5.50 for 12 oz.) and liked it.

Notable is the decor and vibe. The walls are papered in punk rock photos and concert fliers, horror movie posters and the like. Its mascots, male and female, are cartoonish skulls with ’50s hair. Halloween will be big for Rad with various horror-themed specialty drinks and events this month.

Among the wall art that typifies the irreverent tone is the Lee Harvey Oswald-Jack Ruby doctored photo below. Some will say it’s in bad taste. Well, it IS in bad taste, but it makes me laugh. 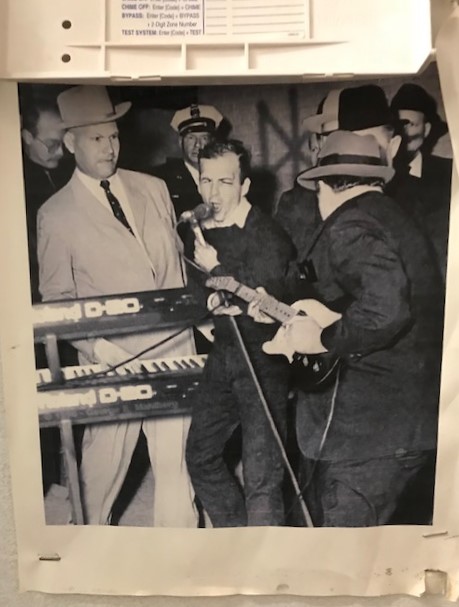 Rad may or may not be for you, but I liked it, hope to return and wish them continued success on their fourth anniversary. It always pays to keep an open mind. You never know what you’ll find. 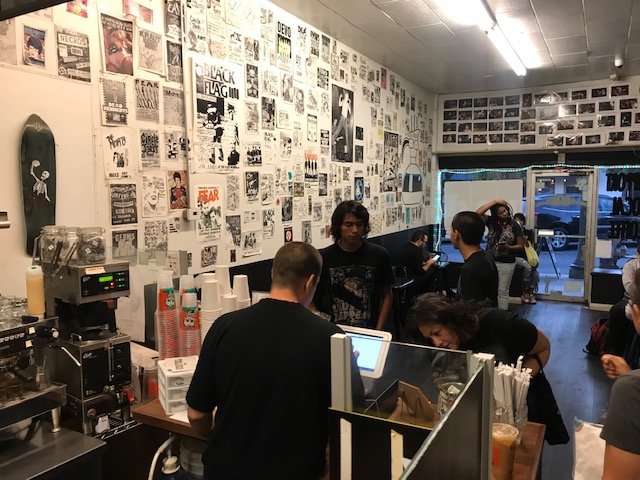