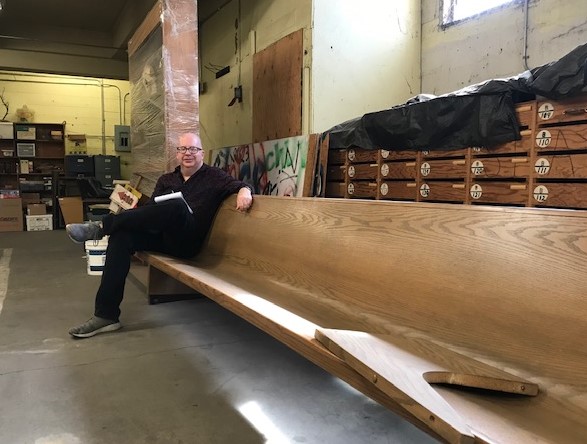 I wrote in May 2018 about the Little Chapel at University of La Verne, which was due to be torn down this summer. And that happened on schedule, only no one told me. But eventually I noticed, and a bit later someone approached us to let us know the positive part of the demolition, which was how much of the chapel was preserved. I tell that story in Sunday’s column. Above, an unnamed columnist and the pew that ULV kept.