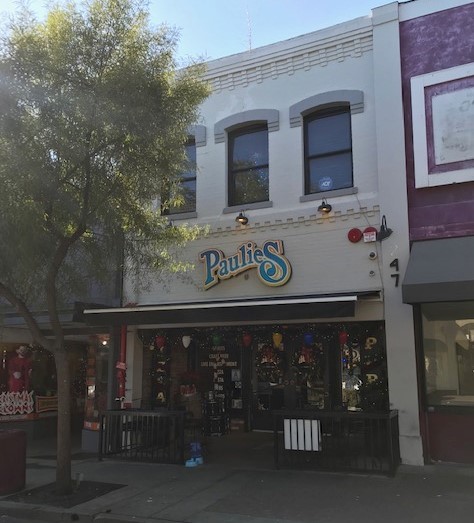 Paulie’s took the place of the all-ages music venue The Wire in the heart of downtown Upland after a protracted renovation in early 2016. Needing dinner before a recent council meeting, I headed there to check it out. And there’s a lot to check out.

There’s exposed brick, hardwood floors, vintage signs for such products as Quaker State Motor Oil, a Vote Against Prohibition mural, a miniature fire escape against one brick wall for urban ambiance and B&W framed photos of rock singers, among other things to marvel at.

The front is a bar, with small solo tables facing the bar; after a narrow space with two-person tables and an unused upright piano, there’s a dining room with tables for small groups. You get the impression Paulie’s has been there forever, not four years (albeit in an early 20th century building). 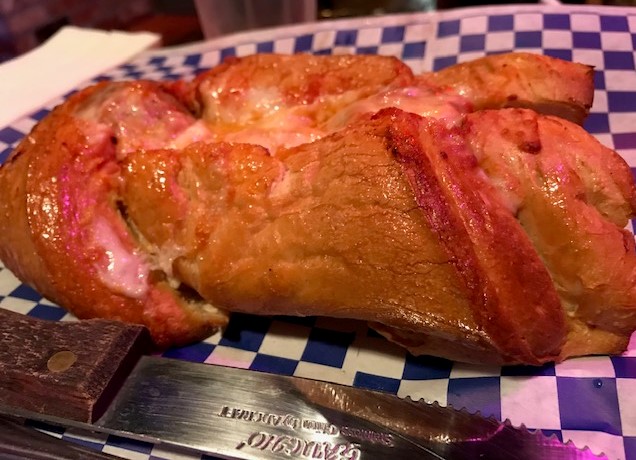 I got a Don Vito sandwich ($11), meatball and sausage with mozzarella, romano and marinara on French bread. It’s all kind of baked inside the bread. That was a good but unusual knife-and-fork sandwich, and big enough that I took some of it home. It fortified me for the council meeting.

I’ve been back twice since, splitting a medium vegetarian pizza ($25) with a friend on one visit. It had tomatoes, onions, peppers and mushrooms. The crust was thick and crispy. As my friend put it: “I’m not usually one of those people who say ‘I like the crust.’ But the crust was really good.” The pizza was large enough (as a medium) that there was some to take home. 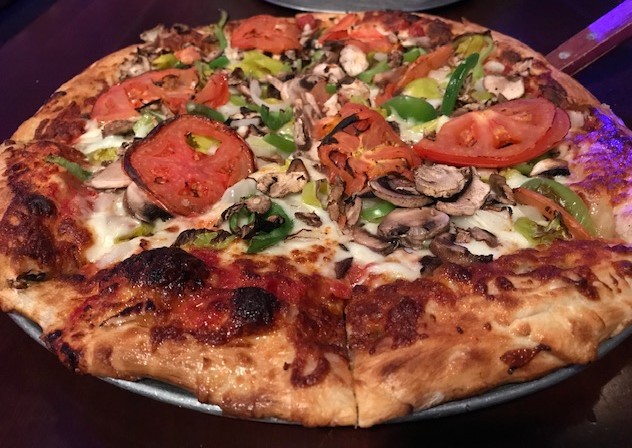 Third visit, I got the Knuckles Chicken Parm sandwich ($11), with chicken, marinara, provolone and garlic bread. You won’t be surprised to hear that I took some home. A different friend got the Mad Dog hot sub, with ham, turkey, roast beef, provolone and au jus. “It’s really good,” she said, “if you like meat dipped in meat juice.” That was a compliment.

Also, if you go, check out the restrooms. The men’s has celebrity police-booking photos. 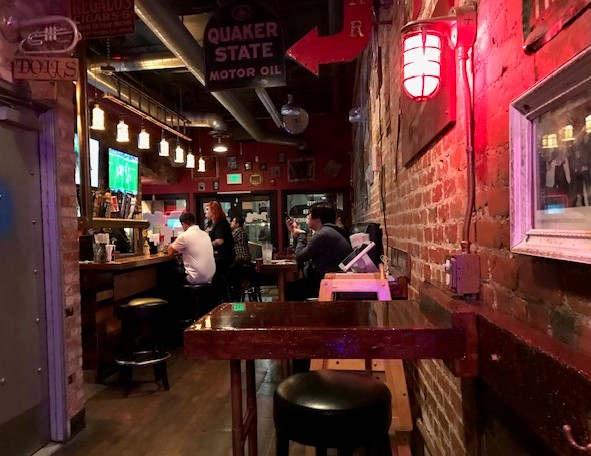