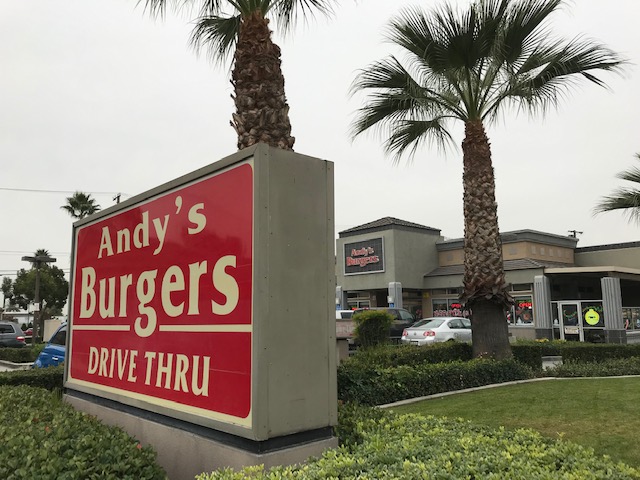 Andy’s has been in Ontario since 1969, founded by Andy Poulos, whose family still runs it today. A recent video in City Hall’s Made in Ontario series tells more.

The original location was a drive-in a couple of blocks east on Holt at Sultana that was displaced in 2004 for an apartment project. But the new Andy’s opened immediately in a brand-new building at Plum. City planners said at the time that they made Andy’s move the original grill, grease intact, to ensure the burgers tasted the same. I was never clear if they were kidding, but it was too good of a story to ruin if it wasn’t.

Anyway, I’ve been to the new Andy’s once or twice over the years. Recently I was downtown on an errand, had missed lunch and thought I might as well eat at Andy’s. 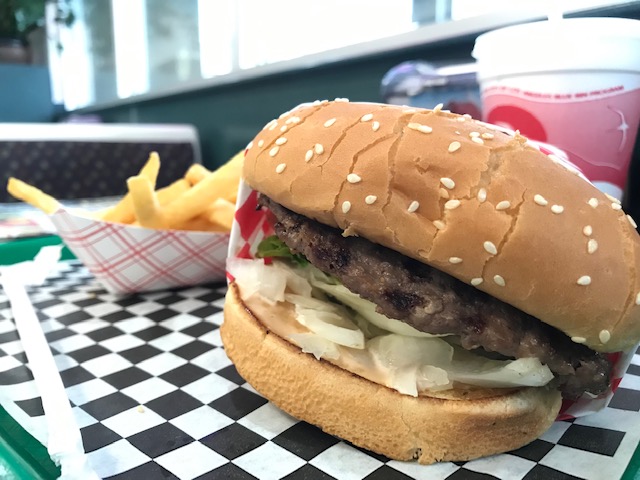 Andy’s is one of those burger places with a sprawling menu. The menu board is probably 15 feet long and you could spend much of your lunch break reading it and weighing your options. Of all the luck, nobody was ahead of me and the counterwoman immediately greeted me and asked if she could help me.

It was a substantial sandwich, and even though the burger wasn’t hand-pattied, it had grill marks and was served on a seeded bun with a giant sheaf of iceberg lettuce, tomato slices and thousand island. The fries were hot and crisp. I didn’t leave hungry.

The menu has breakfasts, other hot sandwiches, Mexican food and more. A now-retired city planner used to rave about the hot chicken salad, which was pieces of steaming-hot grilled chicken atop a bed of iceberg lettuce. It was protein-heavy, let’s put it that way. 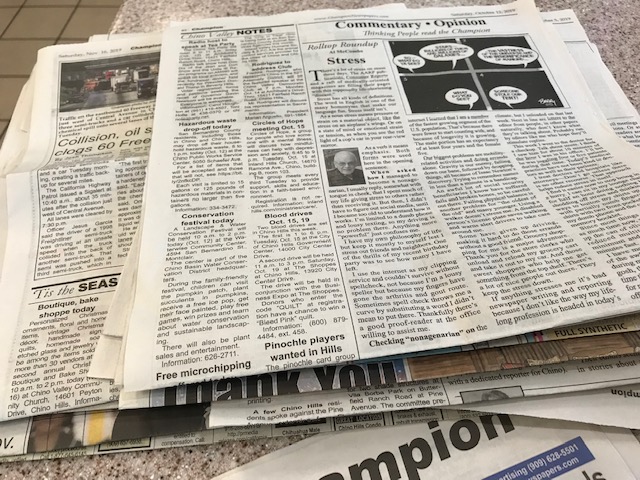 At lunch, I caught up on two or three issues of the Chino Champion that I’d brought. The restaurant was moderately busy even at 3 p.m. and was clean, if a bit characterless.

Even in the heart of downtown, two blocks from the epicenter of Holt and Euclid, it’s a slightly challenging location. Outside, a man asked for money for a $20 cab to take him to San Bernardino. I gave him a buck and resisted the urge to tell him to take a bus. 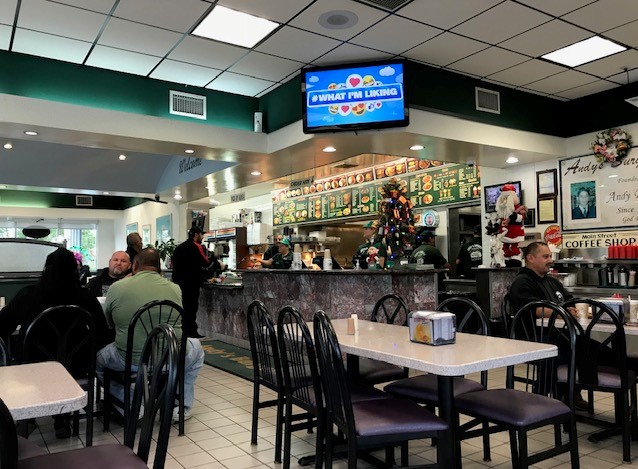