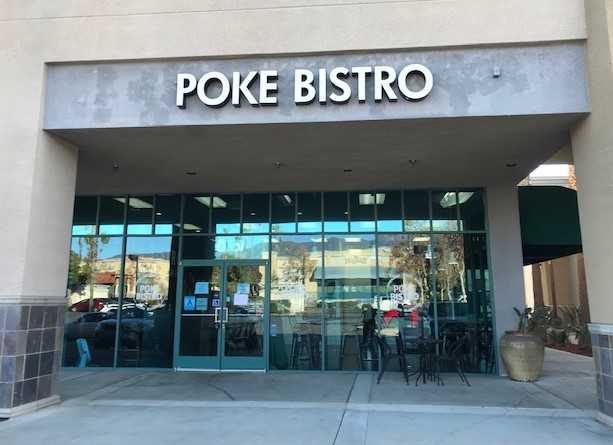 A former newsroom colleague used to talk up Poke Bistro, saying it was a little different than most poke restaurants, with a more Hawaiian touch. As often happens, it took me a year or two to get around to trying a recommended restaurant. I guess I’m (wait for it) poky. Anyway, I met a friend for lunch at Poke Bistro, in Rancho Cucamonga’s Masi Plaza, in mid-December.

The interior is rather minimalist, for good or bad, but the service was friendly, with the man behind the counter going over the menu and offering suggestions. 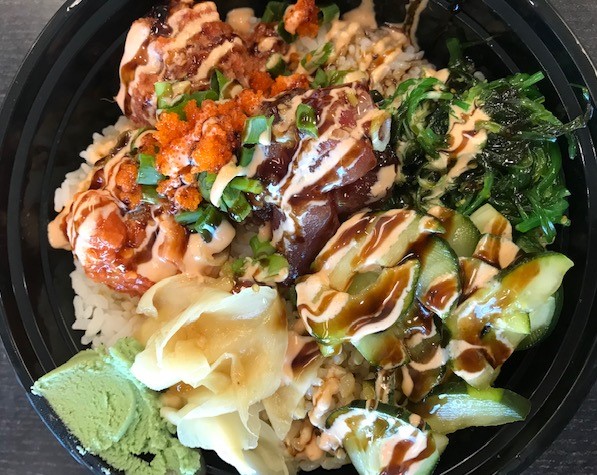 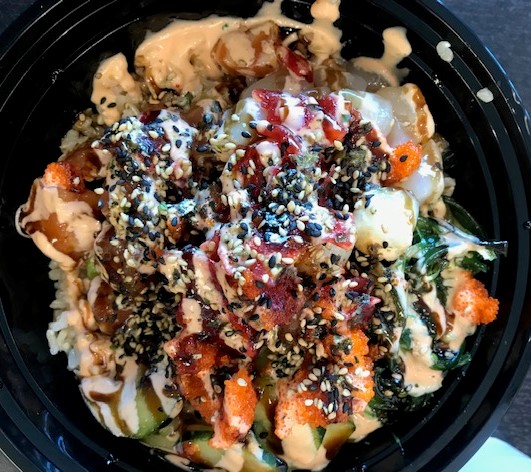 Aside from the Hawaiian-marinated salmon and tuna mentioned above, the menu has udon and ramen bowls and a shrimp tempura burrito, an interesting-sounding cultural mashup. So, it’s still a poke place, a trend that’s probably peaked, but Poke Bistro isn’t bad. 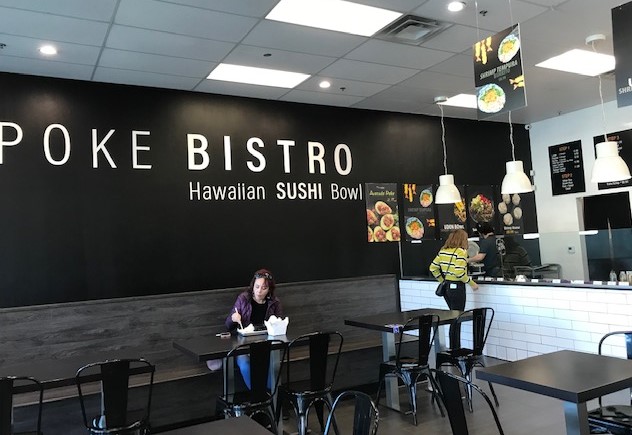