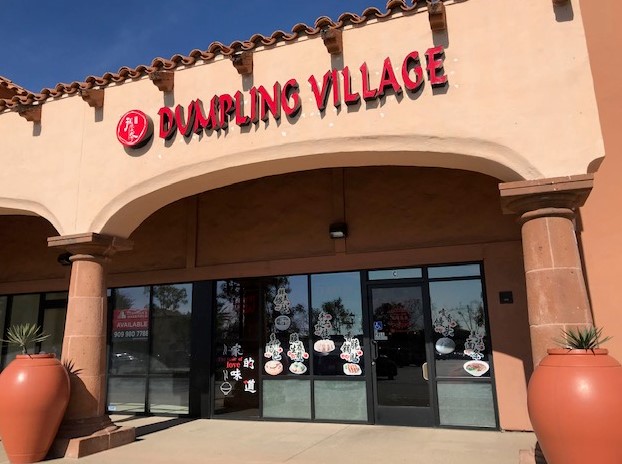 I don’t know how town planners would feel about a village constructed out of dumplings, but it’s a pleasant prospect for the hungry. Dumpling Village doesn’t put the concept to the test, as it’s the name of a restaurant rather than a descriptor of a complete community. Friends and I had lunch there on a recent Saturday.

It could easily be, and perhaps once was, a fast-casual restaurant based on the counter arrangement. But no, you take a seat and peruse a laminated menu on which you can indicate your choices with a marker. 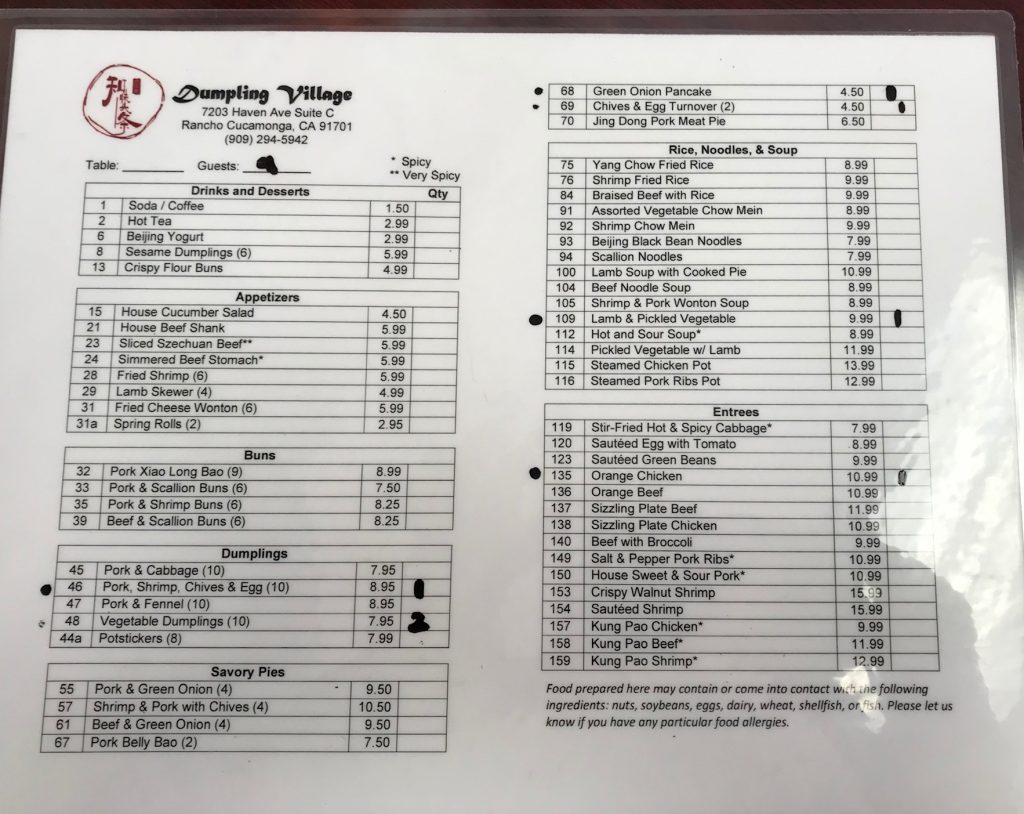 The server cautioned us that the soup would be “sour.” That only emboldened us. We liked it. 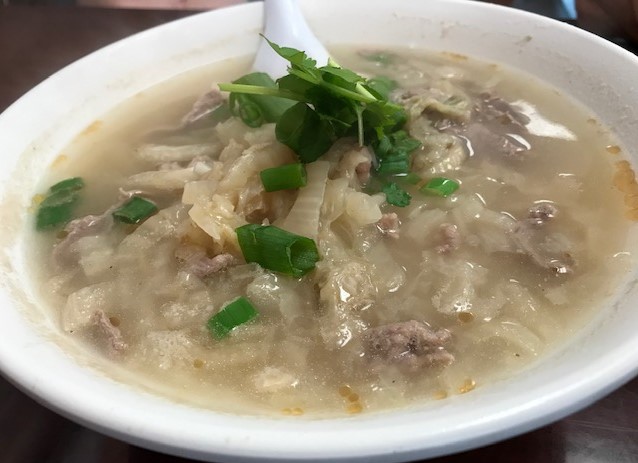 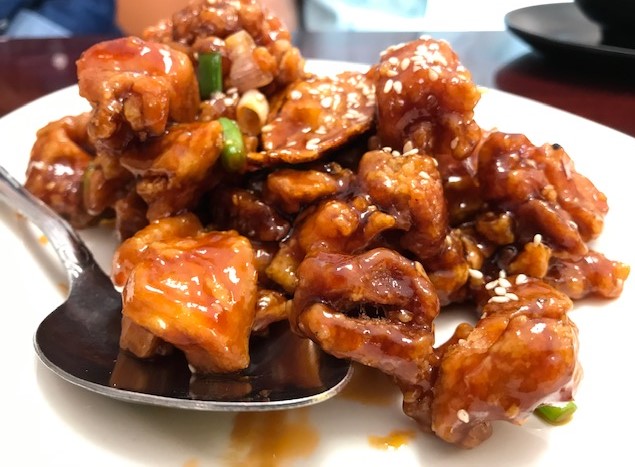 The pancake, turnover and dumplings were all enjoyed. We engaged in some good-natured ribbing of the fellow who came to an authentic Chinese restaurant and ordered orange chicken, as if he were at Panda Express. But it was tasty, and what was on the plate looked much better than in the photo on the wall. How often does that happen? 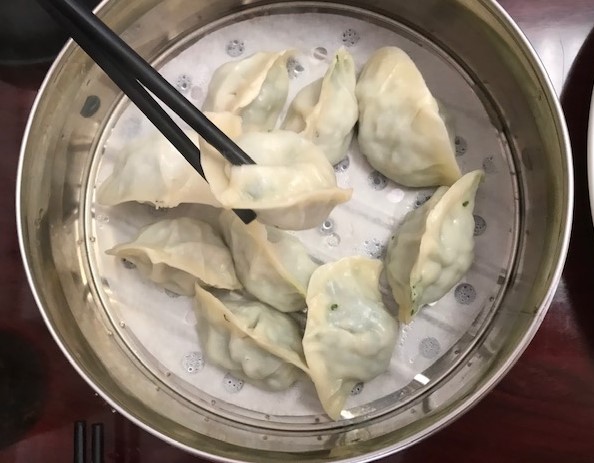 We all liked the experience. The vegan in our group said the food was “decent,” but a little bland, which she said isn’t unusual for vegetarian items.

“Dumpling Village is a wonderful addition to the Rancho Cucamonga culinary community,” one declared. “I say that as a proud Rancho Kook.” 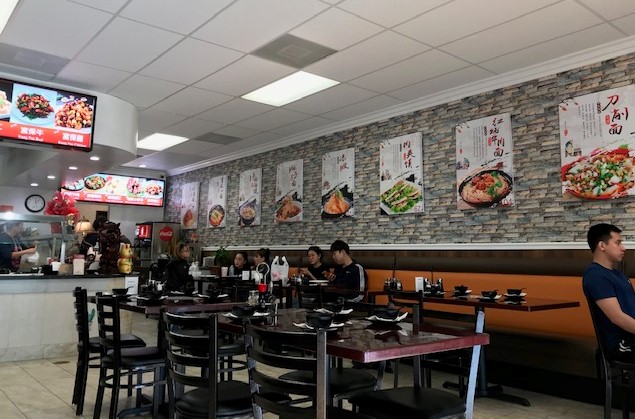