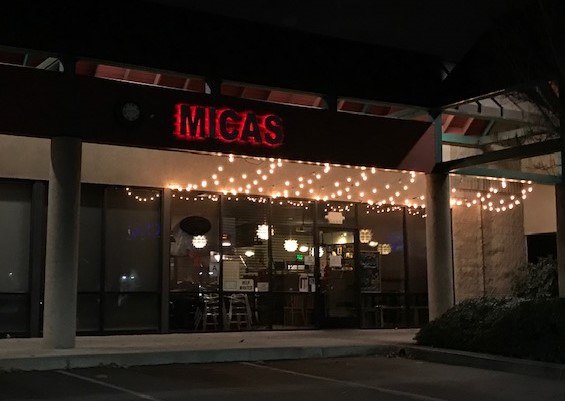 I’ve eaten a few times at Mica’s Peruvian Sandwiches, a cubbyhole of a restaurant on Archibald Avenue at the railroad tracks in Rancho Cucamonga, but I had not been to the full-fledged, sit-down version, Mica’s Peruvian Fusion over on Haven Avenue. It’s in the sleepy strip of businesses south of City Hall and the courts that’s now slightly less sleepy after the dead J.C. Penney Outlet next door was turned into the Haven City Market food hall.

But after a movie at the end of the year, two friends recommended we eat at Mica’s. It’s several times larger than the other Mica’s, but still modest. At dinner time it’s dimly lighted and somewhat atmospheric. There’s alcohol: sangria, cocktails, wine and Peruvian beers. 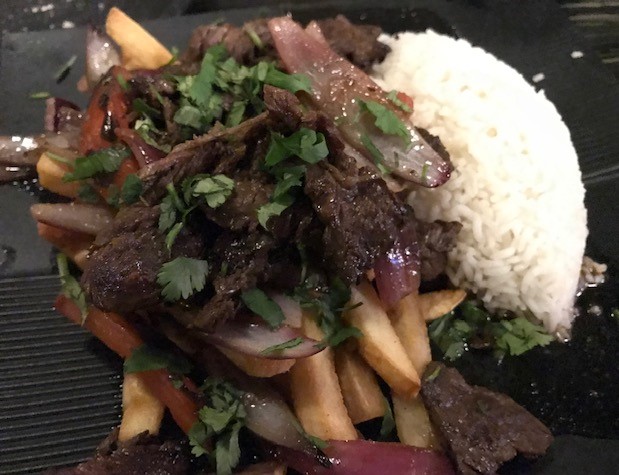 I had the lomo saltado ($12), steak with onions and tomatoes on fries, with a side of rice in case you wanted more starch. We shared some fish chowder ($13.50) and one got a dish that I can’t positively identify in retrospect based on the menu descriptions. So I’ll scratch that photo.

Because I didn’t get an interior photo or prices off the menu in such an offhand dinner, a few weeks later I returned for a weekday lunch with another friend. The menu has appetizers, soups and salads, chicken, beef, seafood and five meatless dishes. 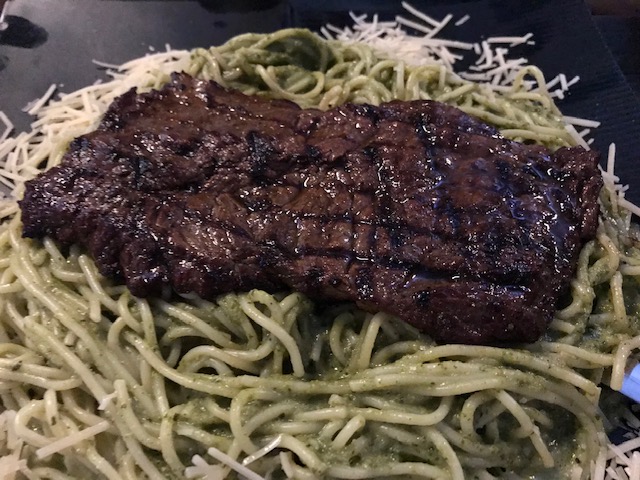 He got the spaghetti a la huancaina ($14), roast beef on pasta with huancaina sauce, kind of a spicy pesto. I got picante mariscos ($14), calamari, shrimp and mussels in a creamy pepper sauce with potatoes and rice. I took home half of mine for a whole separate meal. 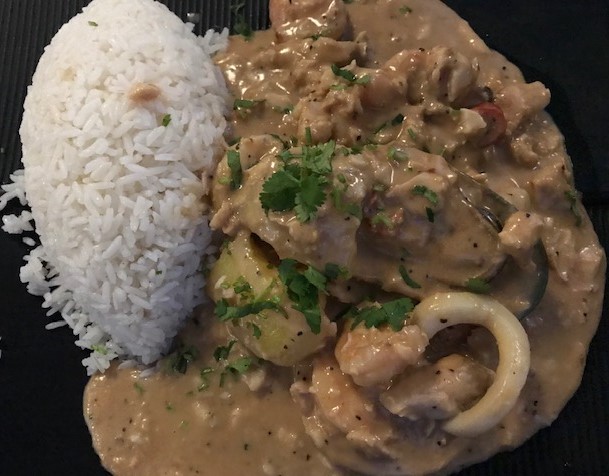 Service was slow, with our server apparently thinking someone else had taken our order for a long stretch. “Not the place to go for an express lunch,” my friend observed. But we were in no hurry.

We’re not sure why the name has “fusion” in it, since the offerings seemed like straight Peruvian food to us. We liked it just the way it was. 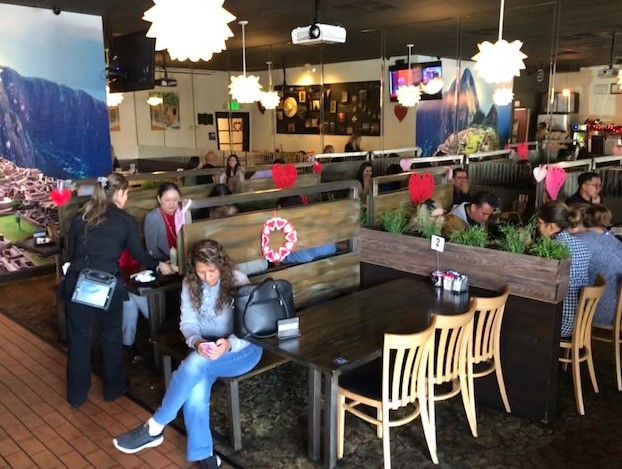