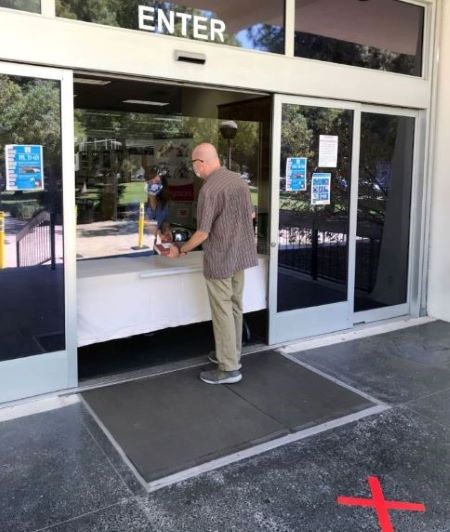 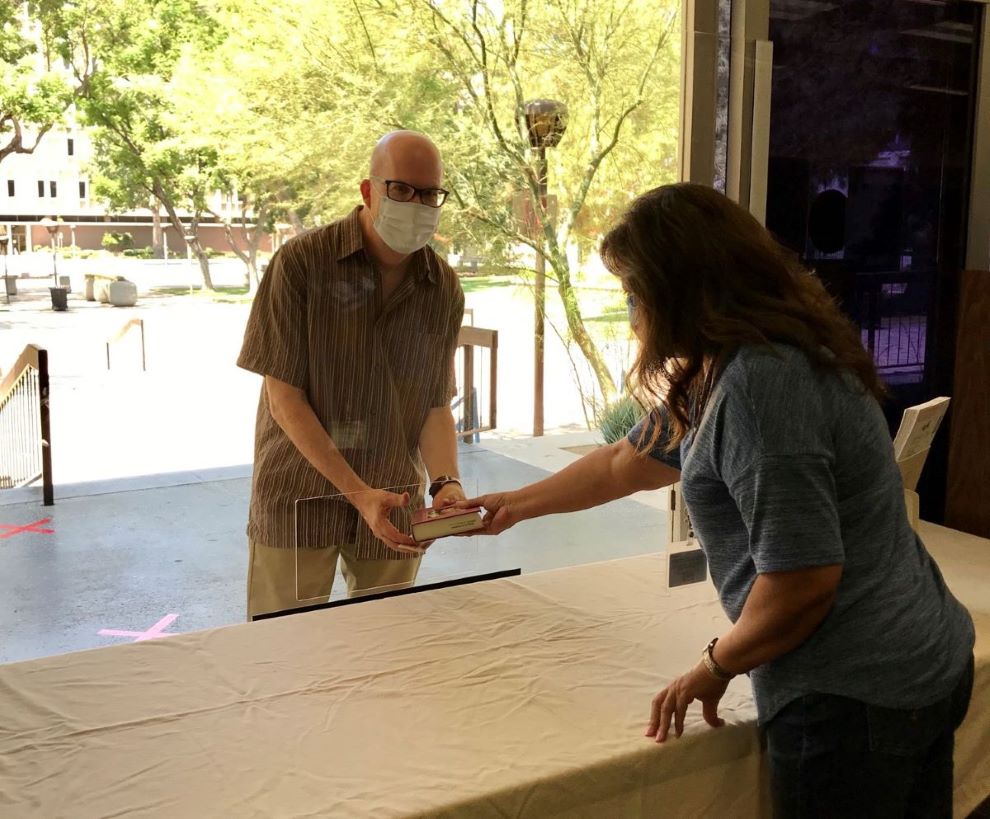 Informed that the Pomona Public Library, after five months of dormancy, would begin allowing patrons to reserve books and pick them up, I made a point of reserving one Aug. 17, the first day. I happened to be first in line, as I’d hoped.

I had already taken advantage of similar services in Rancho Cucamonga and Ontario and would not have wanted to leave out Pomona. After all, the Pomona Public Library is my favorite institution in that city (narrowly beating out Mi Cafecito and Donahoo’s Chicken).

On Aug. 24, I showed up minutes after noon and became the first to pick up a book. I’d hoped for that as well. Martha Ramos, the circulation supervisor who had taken my reservation by phone, handed me my book. Library services manager Anita Torres documented the handover for posterity from multiple angles and a safe distance. I am what passes for a celebrity in Pomona.

Torres told me that 60 items had been reserved in that first week. I was just the most timely in retrieving one. 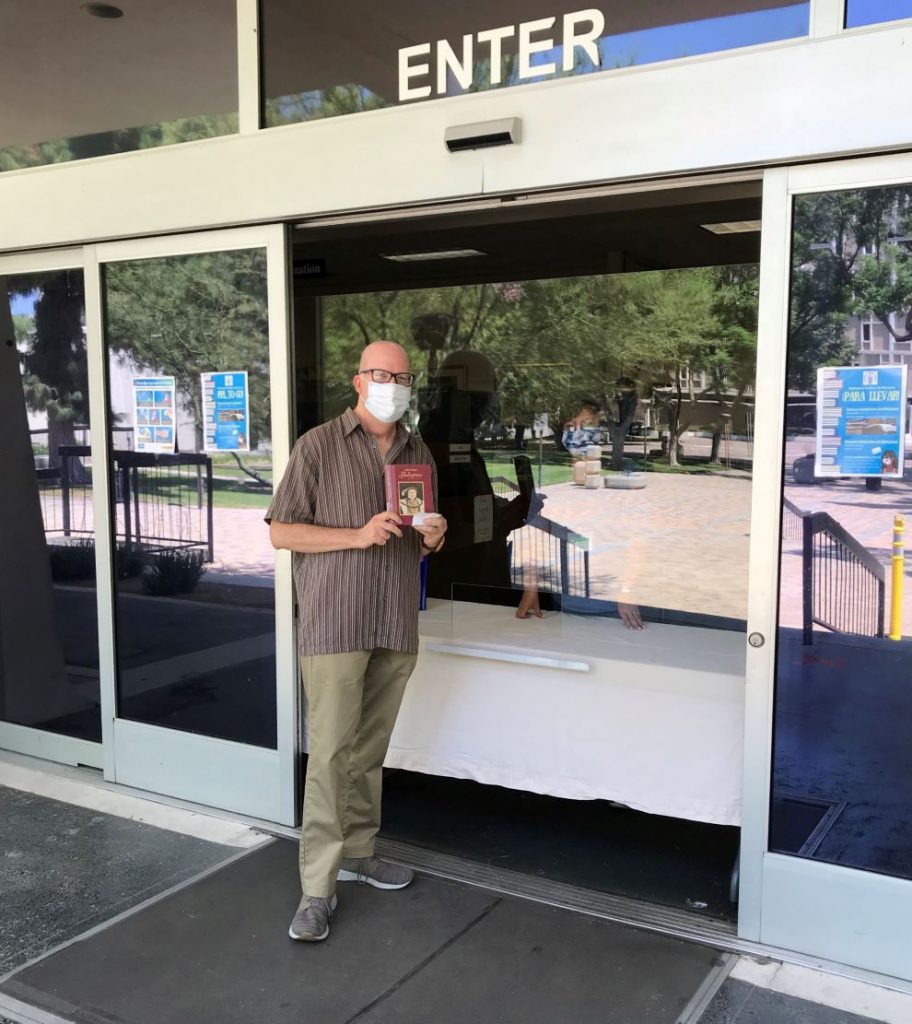 Here I am with my book. Probably I should have leapt into the air and clicked my heels for the camera.

The final photo is mine. I checked out a Shakespeare play, “Henry VIII.” Demand is light, I suspect, but I promise to bring it back by its due date, Pomona. 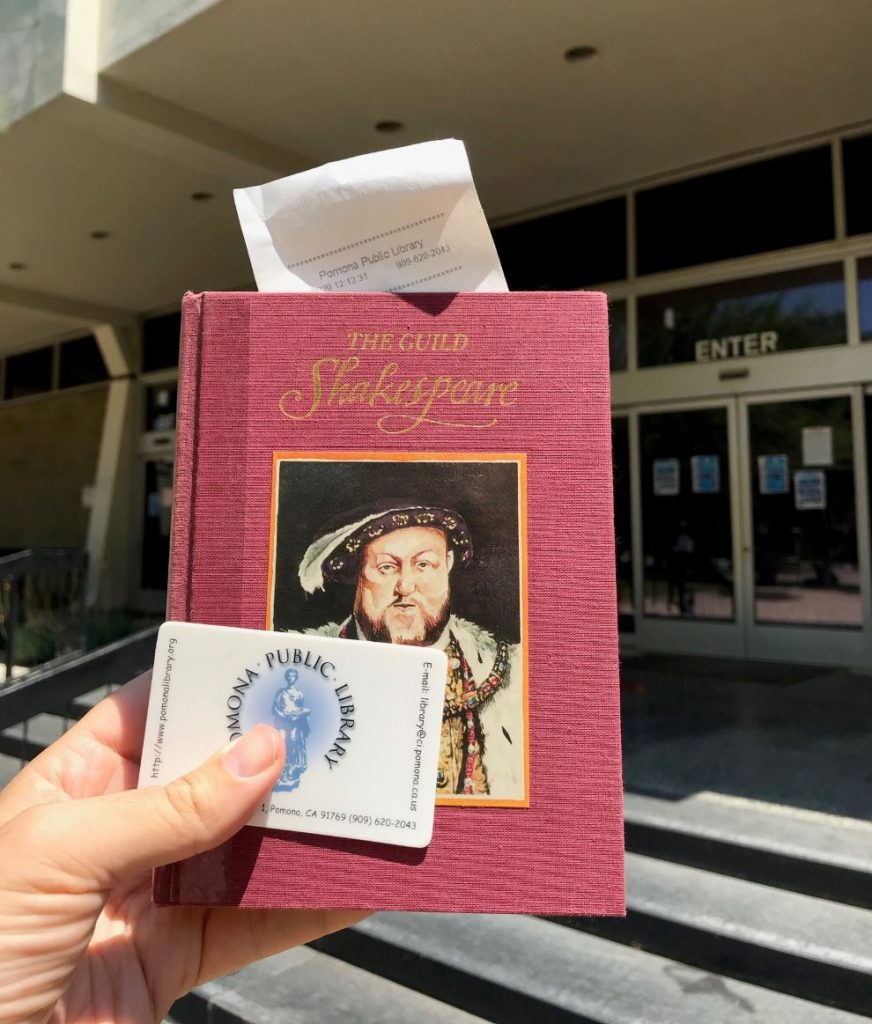