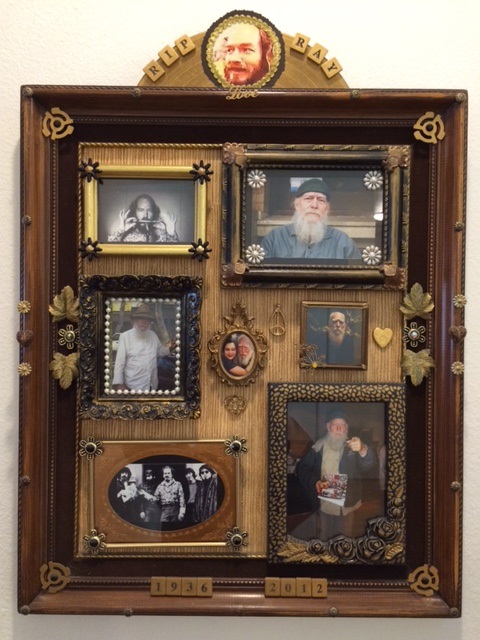 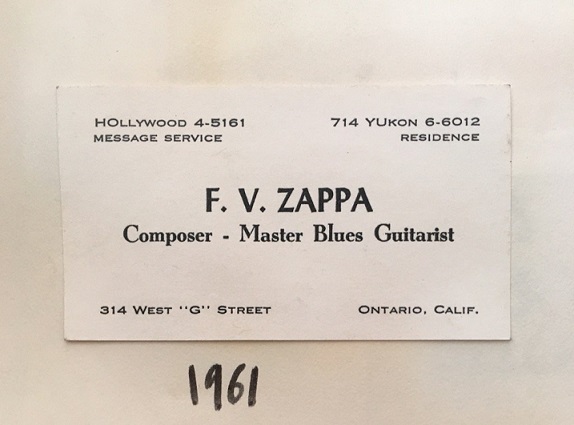 As is well documented, Frank Zappa lived in Ontario in the early 1960s, near the musicians’ store Ontario Music. But it was still cool to see these business cards unearthed by his son Dweezil recently and posted on Twitter. 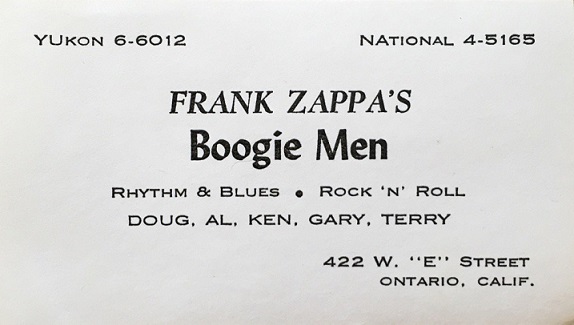 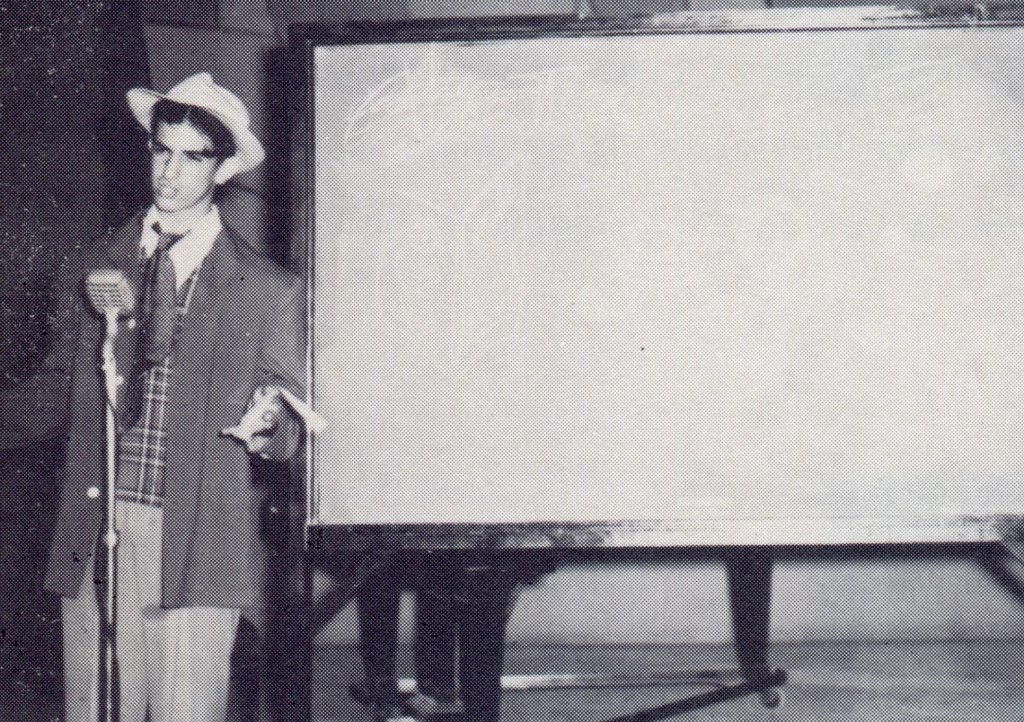 This talent show photo from the 1954 Claremont High yearbook is said to depict Frank Zappa. He is not officially recognized as an alumnus, but many in the Class of 1958 remember his having attended briefly. (Courtesy photo)

Did Frank Zappa ever attend Claremont High School? No official record has ever surfaced, and he’s not considered an alumnus. But Zappa once listed Claremont among the four schools he attended (his family moved frequently), and many 1950s classmates say they remember him. And have they got stories. My Sunday column explains.