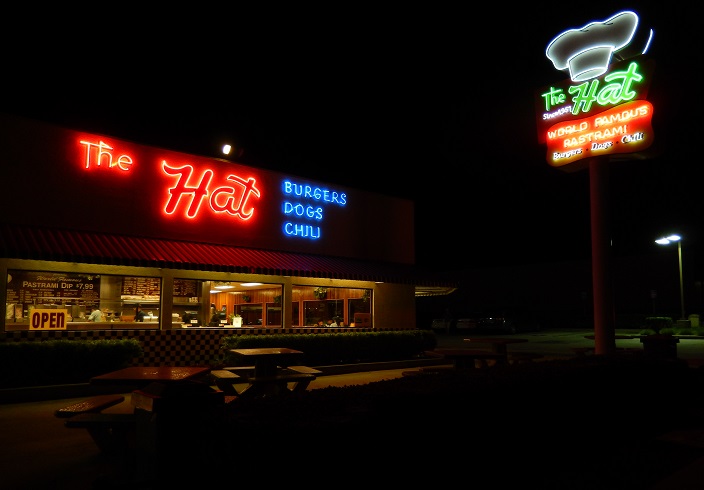 I hadn’t been to a Hat in years, and that was at Victoria Gardens, so when a friend invited me to lunch at the one in Upland I agreed immediately. The location is funny, a somewhat desolate stretch of Central Avenue, but that may accentuate the novelty of the inviting sight of the broad windows and neon sign, especially at night. What is this doing here?

(It was worth doing this Restaurant of the Week solely for an excuse to return at night for a photo!)

They do have nine cold sandwiches, but the Hat is known for its pastrami dip, burgers, hot dogs and chili. It’s a popular spot despite (or because of) the location, with a steady stream of cars in the parking lot and the drive-through.

My friend had the cold ham and Swiss ($5.60, below), which he swears by. I got the signature pastrami dip ($8, below that). It’s a good sandwich, and there was so much loose pastrami that I could have made a half-sandwich out of it. Wonder if I could have bought half a French roll?

My friend praised the chili cheese fries, which I hadn’t had. I returned a few weeks later for that ($6.60) as an entree. Not my healthiest meal, obviously, but the chili is pretty good and ladled generously. I ate about two-thirds and took the rest home, where I got two small meals out of them.

The Hat was founded in 1951 in Alhambra. Upland’s location, which opened in May 1987, was the third and at that point was in unincorporated territory; it’s since been annexed into Upland. Jerry Cook, the general manager, opened this Hat and is still there daily, touching tables and chatting with customers. The chain now has 10 locations.

One thing I love is the guy behind the counter in Upland who calls out order numbers. He has no microphone. His lungs provide the amplification. He just bellows in what sounds like a Swedish accent, but almost certainly isn’t. “Nomber vorty-twooo-ooh!!” His volume and urgency make you hop to it — an action you would be unable to take after being weighed down by your meal. 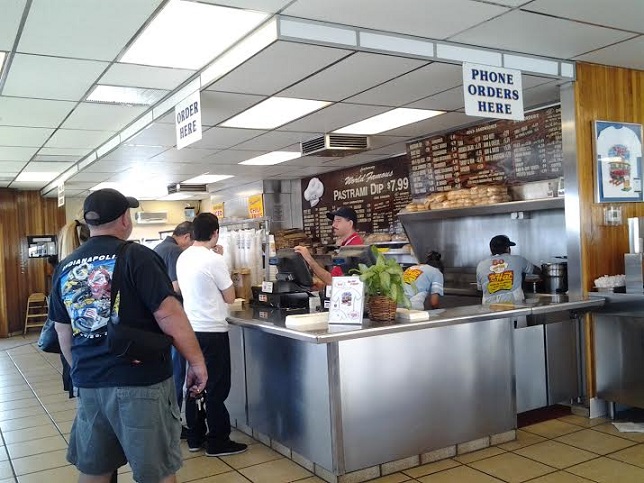 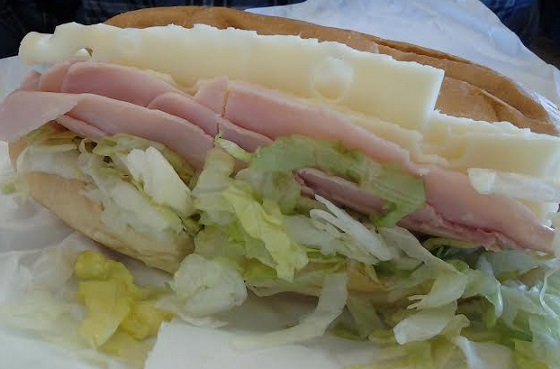 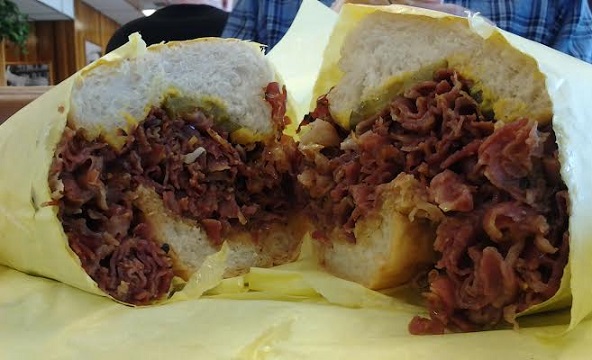 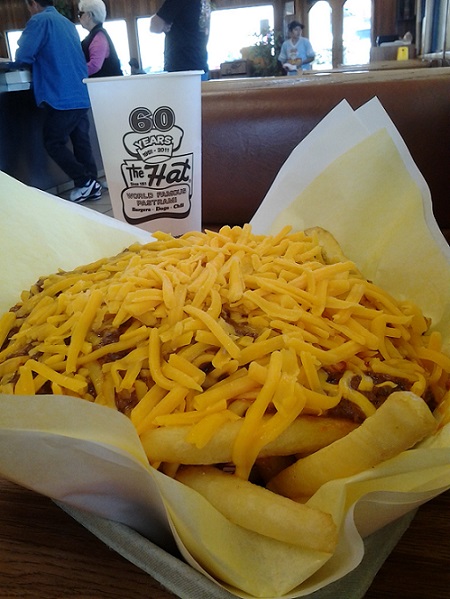