With time to kill before Monday’s Pomona council meeting, I thought I’d try a south Pomona taqueria for dinner. But once I hit downtown I swung by the Pomona Fish Market, a take-out place at Third and Park streets.

I’ve always been curious about the market, which has a vintage neon sign (restored a few years back) and seems out of place in the neighborhood. But the view from my car always made me unsure if one could dine in, as the front window has big letters reading “Fish to Go.”

Not to worry, the interior has seating for eight, plus an outdoor patio. My order was taken by a woman behind the supermarket-style display case, which was about half-stocked with fish on ice.

There’s a limited menu of fried fish plates, such as sole, sand dabs, oysters and shrimp, served with fries and cole slaw and all priced under $7, as well as a couple of sandwiches. I got the catfish plate ($5.95). Well, the slaw was a bit dry, but the fries were acceptable and the fish, fried in a light coating of (I think) flour, wasn’t bad at all. I’m not a fried fish guy, but if I were, I’d probably go again. The food’s a darn sight better than Long John Silver’s.

The Fish Market has been in Pomona for decades. In researching city character Urban Ziegler on Progress-Bulletin microfilm last summer at the library, I found an April 1, 1937 ad for the market, meaning it’s at least 70 years old.

Update, July 2016: I had dinner here before yet another council meeting. A combo  of four pieces of fish (tilapia was my choice), three oysters, three shrimp, fries and slaw, was $8.70, plus another buck for a canned soda. Again, fried fish isn’t my favorite, but this was acceptable, and more food than I needed. 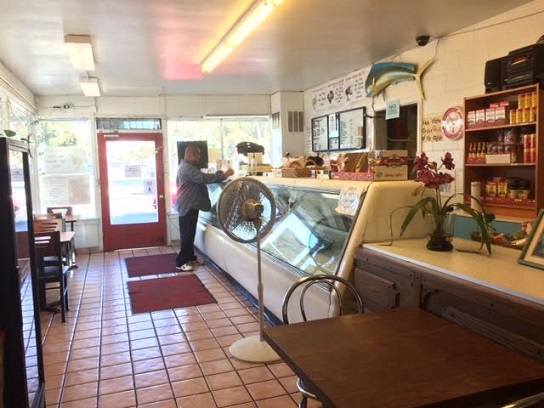 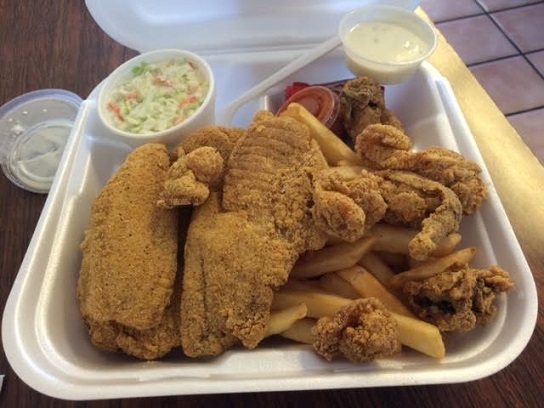