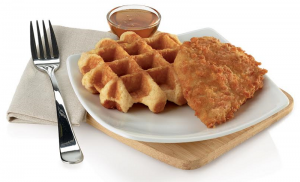 It’s a continuation of a trial that began last fall.

Three of the new entrées are for those who are looking for healthier options. All have less than 300 calories:

The chain is also testing entrées for those who want something a little more decadent and sweet:

The test coincides with the chain-wide rollout of specialty-grade, farmer-direct THRIVE Farmers Coffee. Sales of each cup of coffee provides direct revenue to THRIVE’s network of farmers in Central America, allowing them to earn up to 10 times more net profit than coffee sold through traditional models. The coffee is available hot or iced.

The new items are also being tested in greater Philadelphia, Middle Georgia and Memphis, Tenn.

For a look at the new items, click here.