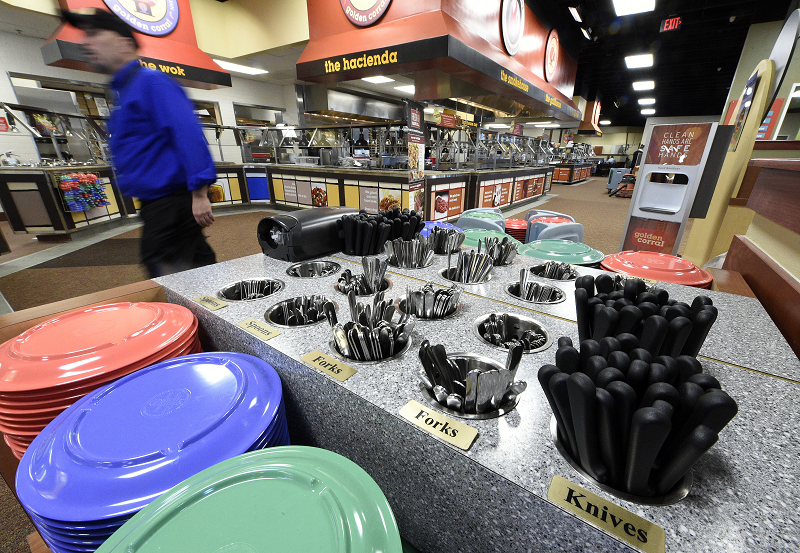 The wait is nearly over.

Almost two years to the day that we discovered that Golden Corral would be building a location in San Bernardino, the restaurant is set to open at 10 a.m. Friday (February 17).

Get out your stretchy pants.

The buffet restaurant, which seats about 400 people and has nearly 200 parking spaces, is at 325 Hospitality Lane, in the southern half of the lot at the southeast corner of Waterman Avenue and Hospitality Lane. That still leaves room for the various pumpkin patches and Christmas tree lots that operate on that corner.

It’ll be the Inland Empire’s second currently operating Golden Corral location, following one that opened in Hesperia in 2010. Years ago, the chain had locations in Riverside and Temecula.

Locations are also planned for Murrieta, Lake Elsinore and Pomona.

As mysteriously as those pages appeared, they have disappeared.