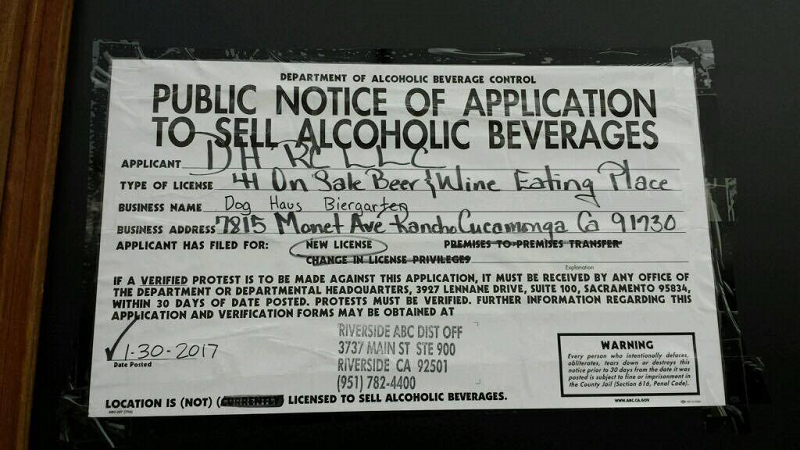 We knew Dog Haus was still planning a Rancho Cucamonga location. We just didn’t know where.

Thanks to longtime supporter Jeff, we know now.

He spotted the location’s ABC notice in a window in a storefront window in Victoria Gardens and sent us a photo on Facebook.

The chain, famous for its gourmet hot dogs, sausages and burgers, originally laid claim to a spot at 11144 E. Foothill Blvd., Suite 130. But when that location opened as a zpizza back in December, we were left wondering where the location would end up.

The Rancho Cucamonga Dog Haus will be at 7815 Monet Ave., in a spot that appears to have most recently been Sports Treasures, which has since moved to 7903 Kew Ave. in the center.

The location is set to be a Dog Haus Biergarten location, which means it’ll have a more expansive beer selection. Hooray!