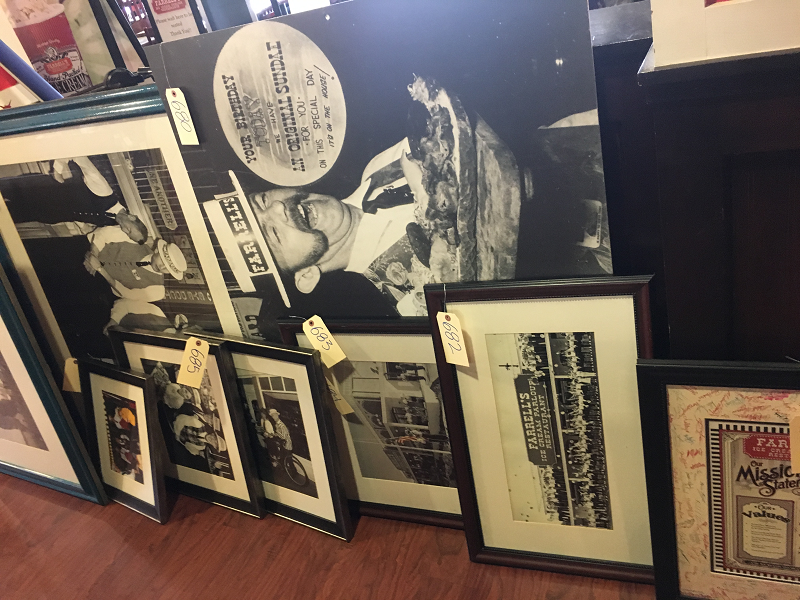 If you’re a fan of Farrell’s Ice Cream Parlour, then today’s (September 14) your day.

And pretty much everything is being auctioned off.

Looking through the auction items, one can find everything from a box of nearly 1000 garters to an Econoline box truck and literally everything in-between.

Want the Riverside restaurant’s liquor license banner, along with a couple of posters and a metal “Not Your Father’s Root Beer” sign? You can own it.

How about owning one of the chain’s iconic pig’s troughs? How about 32 of ’em?

Prefer a Zoo stretcher? You can bid on several of those, but some are in need of repair.

And then there are the things you need to take down or uninstall yourself, like the brass bell on a wooden mount, the booths and tables or the outdoor sign. Be sure to bring your screwdriver.

Restaurant owners will want to take a peek at the items up for grabs, which include ovens, freezers, fryers and other kitchen equipment.

Me? I’m partial to the lots with the license plate frames and vintage photos that were used as wall art.

If you’re interested in owning a part of Farrell’s history, click here to sign up to bid. Don’t wait, though. Auctions start closing today at 11:30 a.m.