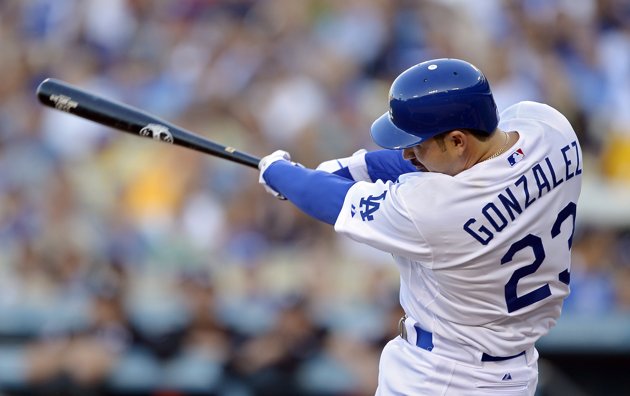 Alfredo Amezaga gave me an amazing interview yesterday about what Adrian Gonzalez means to the Mexican baseball team at the World Baseball Classic. Maybe it’s because he is not playing in the WBC, or he’s a veteran who’s seen a lot, but Amezaga made some great points about Gonzalez. For Mexico, it’s not just about having someone to serve as team captain, help choose the roster, or email and call the other players.

Amezaga’s key points made it into my notebook. Here are a few things I left out:

Speaking of Gonzalez’s ability to unite Mexican players in MLB, and those whose careers haven’t gotten past the minors, Amezaga said: “I think Adrian is the only one capable of doing that. He’s smart. He’s very smart. He has a character to do that and he has also the power to put that situation together.”

I asked Amezaga what the job requires beyond intelligence.

“It’s everything,” he said, “because when I talk to him, you can see his focus every time. If you ask him one thing, he’s going to answer that thing. He’s focused on that question. When I talk to him, he’s very into it, what you ask him. So in this situation, he’s trying to match or put together a lot of (schools of thought). I think he’s the right person to do that.

“Even during the game, I played with him the last WBC and I could tell that he was very focused. He was kind of like a quiet guy. At the beginning you think, ‘he doesn’t talk to me because he’s quiet or is there a reason why?’ It’s not that, it’s just that if you talk to him he will answer, like, smart. This year, we’re together and I’m getting to know him a little more deep. He’s the one, the right person to fix that problem, the Mexican situation, whatever, and also he can fix even everywhere he plays — here with the Dodgers, he will help the Dodgers team too because he’s very smart. He’s helping a lot of players that I have heard that he’s doing the right things.”

On whether Gonzalez can be a leader on a Dodgers team full of established stars:

“I don’t know, because you have a lot of big names here. It’s tough, even at home if you’re trying to put together your family it’s hard. Every player has their own routine and stuff. It’s hard. But he can be, he has been picked as a leader, but I think he can do it because he’s smart. The other big names, they’re smart too. They have a lot of captains. It’s going to help the players that are not maybe focused during the game or during the pregame. For example, when I talk to Kemp he always jokes around but when game time comes he’s really serious. Ethier’s a really quiet guy but when you talk to him — I watch him do the drills, he does them correctly. They have a lot of big names so it’s hard to, Adrian, it’s hard for Adrian or somebody else to put together a team with big names. Not just Adrian, but any player.”