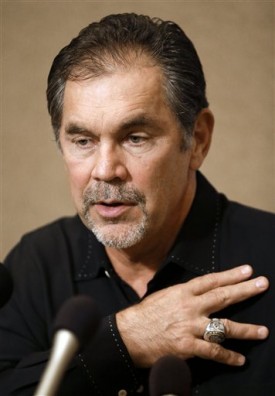 Bruce Bochy, the manager of this year’s National League All-Star team, would have a hard time picking Yasiel Puig on the merits of a six-week major-league career.

The San Francisco Giants manager explained why this afternoon on the MLB Network Radio channel on SiriusXM with hosts Jim Bowden and Casey Stern: 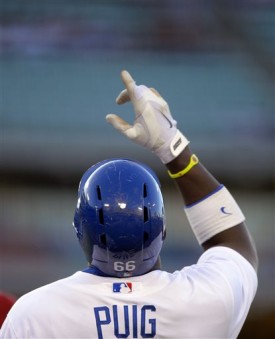 “Well, Jim, I’ve got to be honest here, that would be really hard for me to consider that. And I’ve already had that question. I guess there was somebody who wrote they would like to see him there and that he deserves to go because this game is for the fans and they want to see not just the best players, but the most interesting or intriguing players. I would have a hard time picking somebody who has been here three weeks, to be honest. The numbers would have to be so stupid that you say, ‘Ok I’ll consider it.’ But, you know, I couldn’t take away from a player who has been here and done it the whole half and been out there grinding every day and he doesn’t go. I couldn’t look at that player. I couldn’t look at myself, to be honest. So that’s why I’m saying, that’s a really long shot.”

Bochy won’t have too much choice in selecting his position players. Between fan voting, the restrictions of having enough players at each position, and an arcane MLB requirement that every team be represented by at least one player, Bochy’s opinion on Puig might not matter.

Still, it might poke at the fire of the Giants-Dodgers rivalry and, if anything, incentivize fans to write Puig in as an All-Star. The Dodgers’ right fielder is not listed on the All-Star ballot.

Since his recall from Double-A, Puig is hitting .479 with four home runs and 10 RBIs in 13 games.