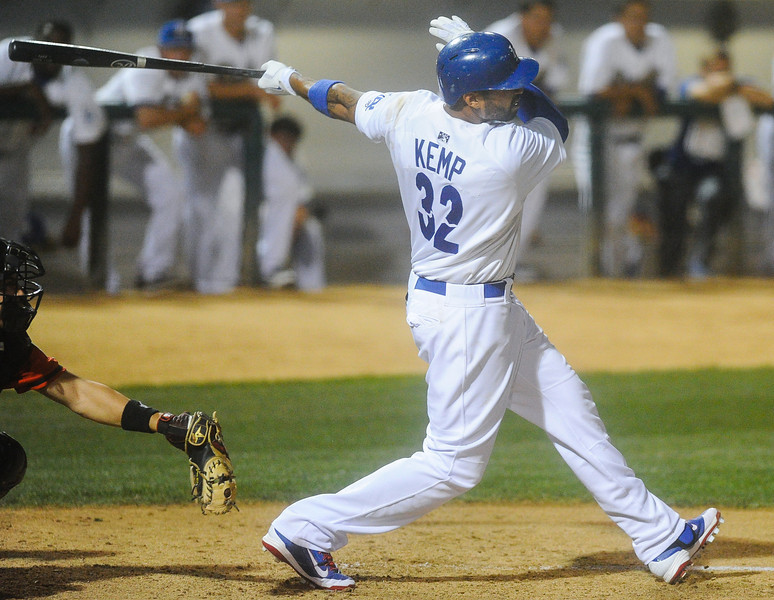 Kemp went 0 for 5 and grounded into a pair of double plays on Thursday as the Quakes’ designated hitter. Dodgers manager Don Mattingly said Friday that it “sounded like (Kemp) felt good physically” five weeks after spraining his ankle in a game in Washington, D.C.

Kemp’s performance at the plate isn’t a source of concern yet.

“I watched the video a little bit of some of the swings,” Mattingly said. “I wasn’t expecting a whole lot. It’s not like he’s in midseason form or anything. With the amount of time that he’s missed so far it’s just part of the process of getting his timing back.

“The pitching quality — the difference between A-ball and Triple-A isn’t stuff. It’s knowing what they’re doing and experience. A guy you see in A-ball might have as good as stuff as Clayton [Kershaw], he just doesn’t know how to use it yet. I don’t think we ever really truly worry about the results, especially the first time out. If it looked like that every day for 10 games, we might worry about something. … It’s more about how’s he feel, how’s he moving, how’s he running.”

Mattingly added that there are no plans at present for Kemp’s rehab assignment beyond Sunday, only that he and Dodgers medical director Stan Conte will re-evaluate Kemp’s progress at that time.