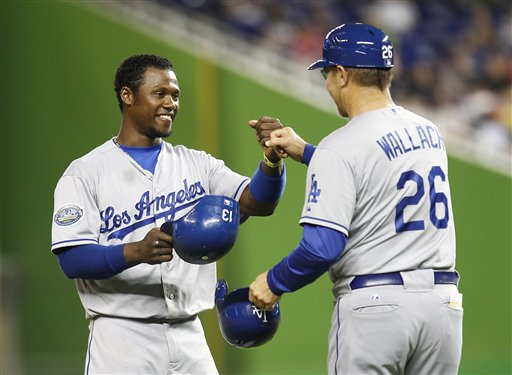 Wallach recently interviewed for managerial jobs in Detroit and Seattle this season, but was passed over for Brad Ausmus and Lloyd McClendon, respectively. Wallach also was a finalist for jobs in Boston and Toronto in 2012.

This is the third different coaching role Wallach has held in the organization since being named Dodgers’ hitting coach in 2004 and 2005. He managed Triple-A Albuquerque in 2009 before being named third-base coach in 2010.

Bundy was the Pacific Coast League manager of the year in 2012. He managed the Las Vegas 51s, then the Dodgers’ Triple-A affiliate, in 2007 and 2008, before moving to the Arizona Diamondbacks in 2009 as first-base coach. The 54-year-old also managed in the Mexican Winter League (1991-2006), where he won a championship for Novojoa during the 1999-2000 season and was twice named Manager of the Year.