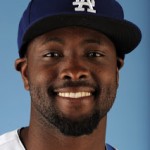 Philadelphia Phillies outfielder Tony Gwynn Jr. doesn’t regret his situation. He’s back in the major leagues after a year-and-a-half layoff. Monday, he was batting leadoff at Dodger Stadium. For the season, he’s batting .250 and is a regular in the Phillies’ outfield rotation.

If he could do anything over from the last two years, however, he admitted that he should have had surgery early in 2012. That’s when Gwynn first noticed the symptoms the led to his sports hernia surgery in September of last year.

The symptoms persisted throughout the 2012 and 2013 seasons.

“I didn’t want to have surgery at all,” he said. “I had just signed a 2-year deal at that point. The last thing you want to do is sign a deal then sit out a period of time. That’s what I was thinking at the time. But you live and you learn. You feel invincible when you’re younger. I learned the hard way that wasn’t the case.”

After a hot start to the 2012 season, Gwynn found himself back in Triple-A for good by August. He didn’t make the major-league roster out of spring training in 2013.

Gwynn batted .300 for the Albuquerque Isotopes last year, his first full minor-league season since 2008. It wasn’t how he or the Dodgers envisioned the season playing out after Gwynn signed a two-year, $2 million contract in December 2011.

“Last year I kind of figured out how to play with (the injury) for the first time,” he said. “That allowed me to get through the season. Previous years, I didn’t know what was going on. Things happen for a reason and it seems to have worked out for the good as of right now. It’s just nice to be playing baseball healthy.”

One thing Gwynn wanted to make clear: The injury is no excuse for his performance at the plate. It only affected him when he ran, albeit severely.

“I had no explosion,” he said.

“I saw my role diminishing and to be honest with you, I don’t know that I deserved for it to be different at the time. I played well early in 2012 but I didn’t sustain it. At the end of the day, sustaining it is about production. I didn’t produce enough to grant keeping that role.”

Gwynn said that Albuquerque manager Lorenzo Bundy, now the Dodgers’ third-base coach, was integral to his turnaround at the plate. More from Gwynn and Bundy in tomorrow’s editions.