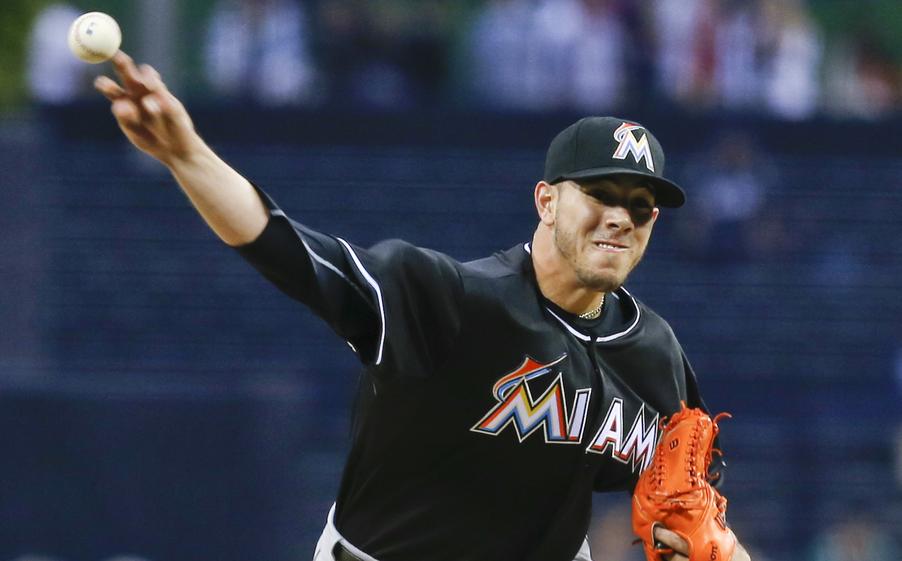 The Dodgers don’t know who their opposing starter will be Wednesday at Dodger Stadium, but it won’t be Jose Fernandez.

The Miami Marlins’ misery greatly overshadows the Dodgers’ uncertainty. Fernandez, the reigning National League rookie of the year, has a sprained ligament in his right elbow. In a worst-case scenario, he will need season-ending Tommy John surgery.

Fernandez met with Dr. Neal ElAttrache on Monday in Los Angeles and is flying back to Miami today for a second opinion. The Marlins reportedly are preparing for the worst-case scenario.

Fernandez is 4-2 with a 2.44 earned-run average and an MLB-best 70 strikeouts this season. He is believed to have suffered the sprain in his last start Friday in San Diego.

The Dodgers haven’t seen much of Hand in the past. Justin Turner has one hit in three career at-bats against the left-hander, Yasiel Puig is 1-for-1 and Dee Gordon and Chone Figgins are both 0-for-1 in their careers against Hand.

Paul Maholm is starting Wednesday’s game for the Dodgers.