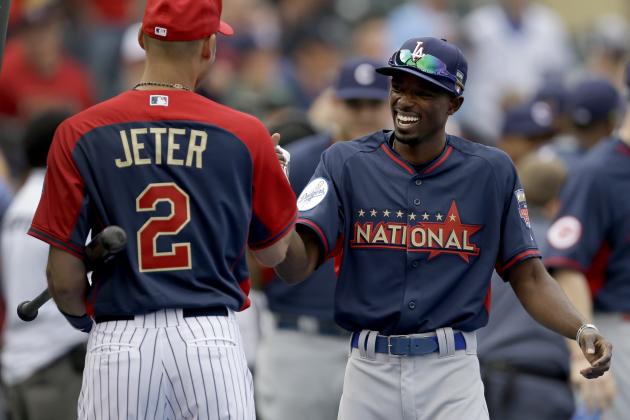 Dee Gordon, Clayton Kershaw and Zack Greinke could be proud of the way they performed against the American League’s best Tuesday in Minneapolis.

Yasiel Puig‘s memory of his first All-Star Game might not be as sweet.

Gordon scored the game-tying run, and Kershaw and Greinke pitched scoreless innings in the National League’s 5-3 loss to the American League at Target Field. The American League will have home-field advantage in the World Series.

Adam Wainwright started for the National League and allowed three runs in the first inning. The American League never trailed after that point — which might invite further criticism of St. Louis Cardinals manager Mike Matheny‘s decision to start his own pitcher rather than Kershaw.

Dee Gordon entered the game as a pinch runner for Philadelphia Phillies second baseman Chase Utley in the fourth inning. He scored from first base standing up when the next batter, the Milwaukee Brewers’ Jonathan Lucroy, doubled off the right-field wall. That tied the game 3-3.

Gordon also made a nice play sliding to his right to snag a ground ball that ended the sixth inning.

Puig struck out in three at-bats against Felix Hernandez of the Seattle Mariners, Yu Darvish of the Texas Rangers and Max Scherzer of the Detroit Tigers.

The box score from the game is here.