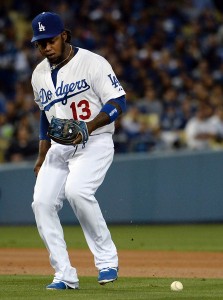 PITTSBURGH >> The second round of x-rays on the left hands of Hanley Ramirez and Yasiel Puig aren’t in at the moment. The Dodgers aren’t expecting to see any fractures, but both players are on the bench to begin a three-game series against the Pittsburgh Pirates.

“Hanley’s sore. Yasiel is still a bit sore,” manager Don Mattingly said Monday. “Hanley, we’re not going to try to do anything with. Yasiel, as the day goes on, we’ll see if he can do anything.”