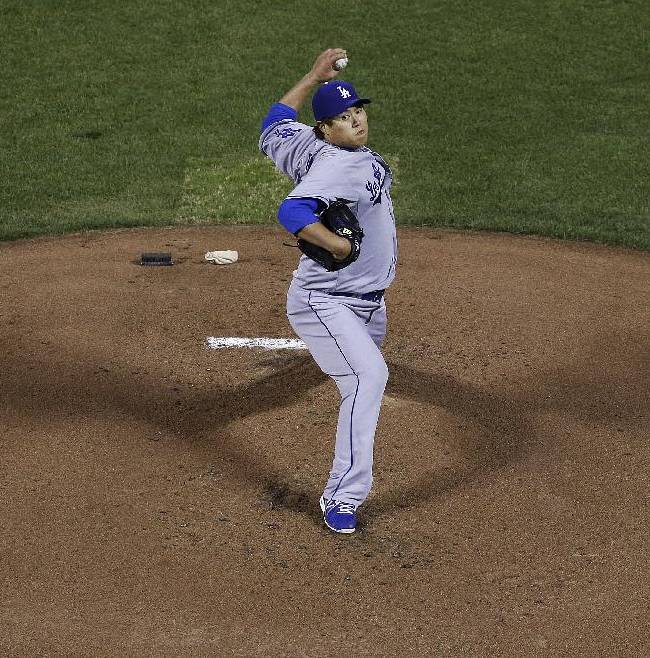 Hyun-Jin Ryu is 2-0 with a 0.47 ERA in two starts against the Padres this season. (Associated Press photo)

SAN DIEGO >> Dodgers left-hander Hyun-Jin Ryu will return from the disabled list Sunday to start against the San Diego Padres, and right-hander Roberto Hernandez will start Monday at Dodger Stadium against the Washington Nationals.

“The only that’s going to change that — (Ryu) is going to do more stuff today running-wise — is if for some reason he would go backwards and they felt that another day would be needed, then we would do that,” Dodgers manager Don Mattingly said.

Ryu was placed on the 15-day disabled list after straining the gluteus medius and piriformis muscles in his right buttock August 13. He threw a bullpen session Tuesday in Arizona and reported no ill effects afterwards.

Ryu’s return would displace Kevin Correia to the bullpen. The right-hander went 2-1 with a 6.43 ERA in three starts after he was acquired from the Minnesota Twins. That’s likely to be the only major impact on the Dodgers’ pitching staff, since rosters can expand past the current 25-man limit on Monday.

Mattingly had a simple reason for lining up Ryu to face the Padres and Hernandez to face the Nationals.

In two starts against the Nationals this season, both wins, Hernandez hasn’t allowed a run in 15 ⅓ innings.