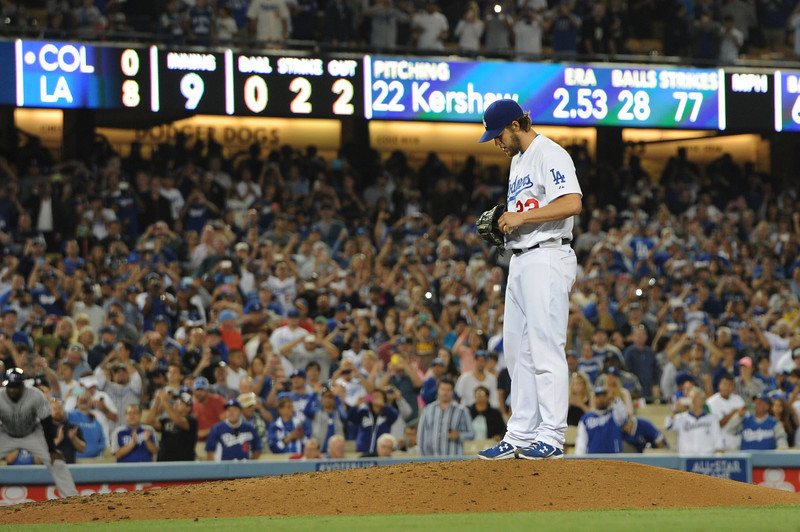 SAN DIEGO >> Dodgers pitcher Clayton Kershaw‘s name has been linked to Greg Maddux quite a bit in recent years. Last year, Kershaw became the first pitcher since Maddux to lead the majors in earned-run average in three consecutive seasons.

This year, Kershaw is on track to make it four years in a row. He’s 16-3 with a 1.73 ERA and a major-league leading six complete games.

Maddux never finished higher than third in National League Most Valuable Player voting in 23 major-league seasons. Speaking Friday at Petco Park, the recently inducted Hall of Famer thinks Kershaw has a shot at winning the award this year.

“I don’t have a vote,” Maddux said, asked if Kershaw should win the award. “That [winning three straight MLB ERA titles] is what it would take for a pitcher to win the MVP. That and a down year on the hitter’s side.”

It so happens that offense is down across the board this season. The OPS for the entire major leagues is .703, which would be the lowest mark since 1992 (.700).

Even though he wouldn’t commit an MVP vote to Kershaw, Maddux offered some high praise for his former teammate.

“His consistency is off the charts good,” Maddux said. “Everybody who wears a major-league uniform is good in their own way. There’s guys who can do it every time they put on the uniform. … Every time you see a player whose bad games are good, it’s special.”