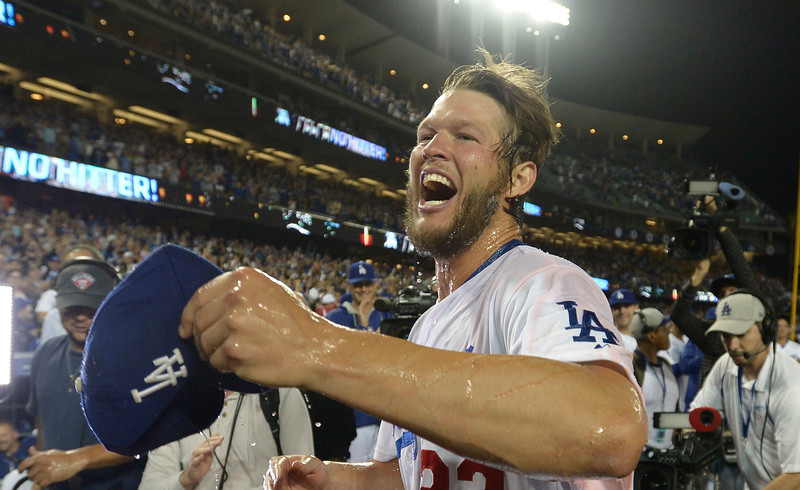 The honor doesn’t come with a physical award, but it does come with a snazzy magazine cover article. Here’s a snippet:

Kershaw has positioned himself to do what might be regarded as borderline heretical: surpass Sandy Koufax as greatest pitcher in Dodgers history.

Koufax was 26 when he embarked on five magnificent seasons. He led the NL in ERA each season from 1962-66, winning three Cy Young trophies and one MVP award. He retired at age 30, because of an arthritic elbow.

Kershaw is 26 now, poised to win his third Cy Young Award, and the MVP too.