Gonzalez, who was born in San Diego and spent much of his childhood in Mexico, also won the award in 2011. 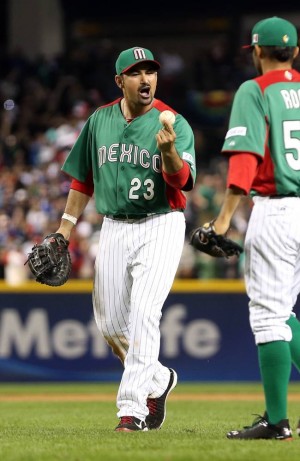 “It’s the biggest sports award you can receive in Mexico,” Gonzalez explained by telephone Tuesday night. “It’s given by the President. It’s the male athlete of the year in Mexico. It’s a great award. I’m excited.

“The only other time I’ve gotten the award was in 2011. I wasn’t able to attend the ceremony because it was the day after my first daughter was born.”

Gonzalez will be recognized in an awards presentation Dec. 1 by the President of Mexico, Enrique Peña Nieto, at his official residence (Los Pinos) located in the Bosque de Chapultepec in central Mexico City.

Gonzalez was voted on to receive this award based on his 2014 regular season success, which also led him to receive a Gold Glove and Silver Slugger award this week.