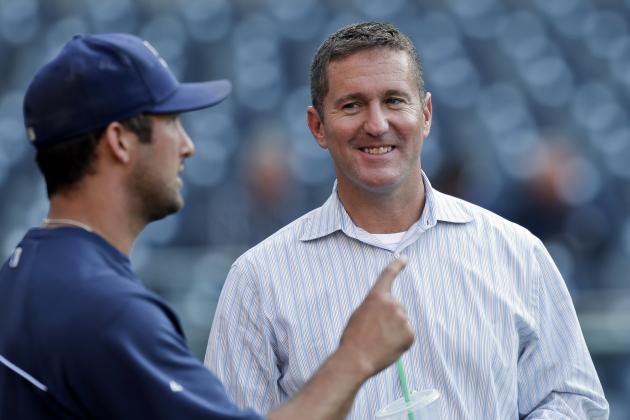 Josh Byrnes prefers writing scouting reports using words to looking at spreadsheets. It turns out being a numbers geek isn’t a prerequisite for a front-office job with these Dodgers.

You can read more about that here, including Byrnes’ thoughts on his dismissal from San Diego.

I also asked Byrnes about two people he knows really well, whom I know nothing about: Billy Gasparino, the Dodgers’ new director of amateur scouting, and Ryan Jackson, an infielder whom the Dodgers claimed off waivers from the Padres last month.

Gasparino was the Padres’ director of scouting the last two years.

“Billy’s great,” Byrnes said. “Great resume as a player, scout; crosschecked for a long time. I think the skills we’re looking for — a good evaluator, running a draft. using all that information to make that decision.”

Jackson missed almost all of 2014 with a wrist injury that eventually required surgery.

“We’re actually looking for winter ball job for him. He should be ready for spring training. I think he’s swung the bat. He missed almost the whole year. He probably would have spent a fair amount of time in the big leagues this year.”