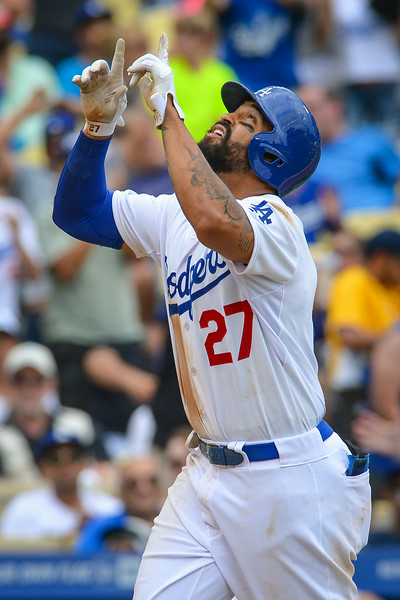 San Diego Padres outfielder Matt Kemp will make $21.25 million in 2015, $18 million of which will be paid by the Dodgers. (David Crane/Staff photographer)

The Dodgers and San Diego Padres are scheduled to play each other 16 times in 2015. If Andrew Friedman handed Matt Kemp an oversized check for $1 million before every game, he would still owe Kemp money at the end of the season.

According to multiple reports Monday, the Dodgers will pay the Padres $18 million of Kemp’s salary next year, then $3.5 million per year through 2019.

Los Angeles will give San Diego six $3 million installments in 2015, payable on the first of each month during regular season, according to information obtained by The Associated Press. The Dodgers owe $3.5 million annually in each of the following four seasons, $600,000 on the first of each month from April through August and $500,000 on Sept. 1.

Because of the cash involved, the Padres in effect pay Kemp $75 million: $3 million in 2015 and $18 million in each remaining year.

That goes beyond the usual scope of “trading within your division.” In 2015, the Dodgers will be subsidizing the vast majority of a rival star’s salary.