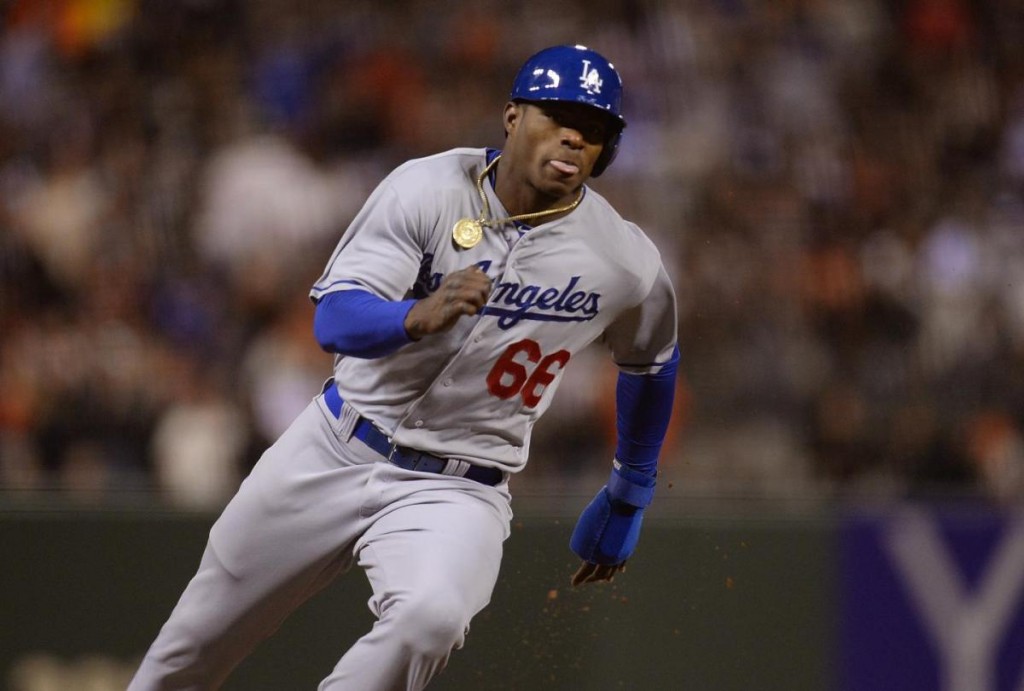 With speedy leadoff man Dee Gordon and slugger Matt Kemp both traded, it’s not clear where Yasiel Puig will bat in the Dodgers’ lineup this season. He batted second most of last season, has hit first in the past, and has enough power to anchor the middle.

“I haven’t been told where I’ll be hitting,” he said in Spanish at Los Angeles City Hall on Friday. “Miguel Cabrera has given me some advice on working out, weightlifting. I’ve been exercising more this off-season than other years. … I’ve been concentrating on my speed to steal more bases.”

Sounds like he’ll be ready for anything. Here’s more from Puig (in Spanish):