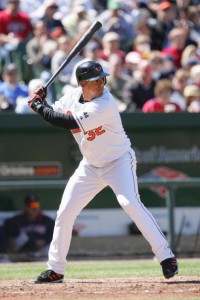 Matos replaces Bill Haselman, who managed the Loons to a 66-73 record in 2014. Haselman was originally re-hired as the Loons’ manager, with Matos as a third coach. When P.J. Forbes resigned as the manager of Single-A Rancho Cucamonga on Feb. 2, Haselman moved up a level, creating the vacancy at Great Lakes.

Matos was a hitting coach this past winter for Crillos de Caguas of the Puerto Rican Winter League and also served as a coach in MLB’s Puerto Rico Youth Summer League.

Matos was originally assigned to the Loons as a third coach on Haselman’s staff along with pitching coach Glenn Dishman and hitting coach Jay Gibbons. But the Dodgers offered him the manager’s position after Haselman went to Rancho Cucamonga.

“It was a surprise, because this was going to be my first year coaching (in the U.S.), but when they asked if I wanted to manage how could I say no?” Matos said. “It’s a challenge and I like that.”

Matos, a native of Bayamon, Puerto Rico, was the hitting coach for Criollos de Caguas of the Puerto Rican Winter League this past season, and helped the team compile the league’s best regular season record. He’s also managed in a league for elite young prospects in his home country.

Originally selected by the Baltimore Orioles in the 10th round of the 1996 draft, Matos logged seven seasons in the MLB (2000-2006 and played in 508 major league games – all but 14 with the Orioles. He finished with a .255 career batting average, 30 home runs, 140 RBI and 72 stolen bases. He finished his career in ’06 with the Washington Nationals.