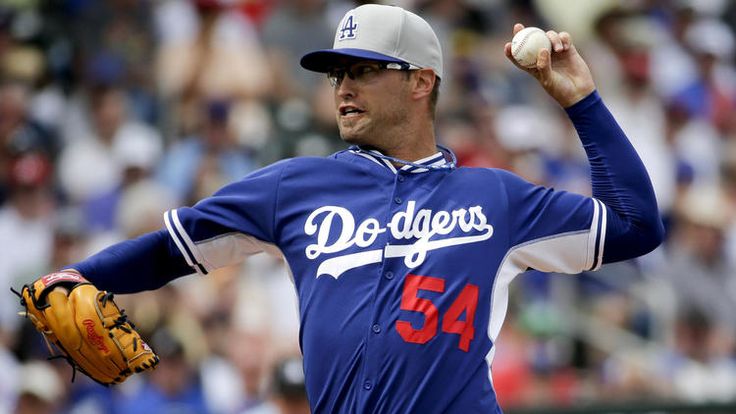 Left-hander David Huff made three starts in spring training for the Dodgers. He will start Tuesday against the Seattle Mariners. (Associated Press photo)

David Huff will make his Dodgers debut Tuesday and start against the Seattle Mariners, according to the club’s game notes.

Huff, a Huntington Beach native and former UCLA standout, hasn’t started a major league game since 2013 with the New York Yankees. He pitched three innings out of the bullpen four days ago in his only appearance at Triple-A Oklahoma City.

Huff is not currently on the Dodgers’ 40-man roster and will need to be added prior to the game. Since there is open spot on the 40-man, this will not cost anyone a roster spot.

However, the club’s 25-man roster is full, so someone must be sent out to make room for Huff. Just don’t expect it to be a pitcher. The Dodgers have  seven men in their bullpen and manager Don Mattingly is predicting a large load for the Dodgers’ relievers tomorrow. Huff hasn’t pitched seven innings in a major league start since July 2011.

That means a position player is likely to switch places with Huff in Oklahoma City. Darwin Barney can be optioned to the minors and has only one plate appearance this season. It’s not an opportune time to send him out with infielders Justin Turner and Juan Uribe both dealing with minor injuries, but he seems like the most likely candidate.

Huff, 30, allowed only two earned runs in 13 ⅔ innings in spring training. He struck out two batters and walked five.

The Dodgers will need a spot starter at least twice in the month of April while Hyun-Jin Ryu recovers from inflammation in his left shoulder.