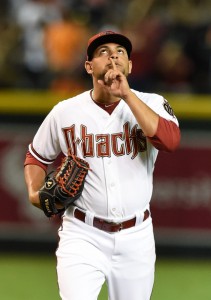 De La Rosa will be assigned to Triple-A Oklahoma City. To make room for him on the 40-man roster, pitcher Brandon McCarthy was moved to the 60-day disabled list.

McCarthy is having Tommy John surgery on his right elbow today.