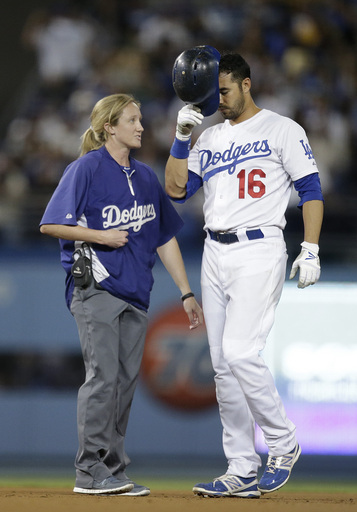 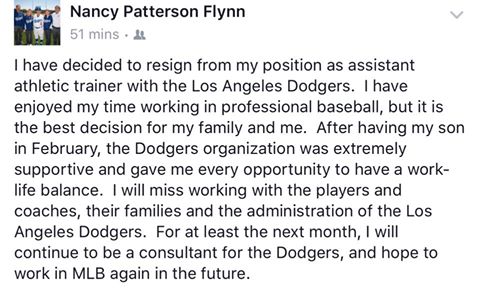 Patterson joined the Dodgers organization in 2009 with the Inland Empire 66ers, then the club’s Single-A affiliate. She worked for the Double-A Chattanooga Lookouts in 2010 before joining the Dodgers’ major league staff in 2011.

I missed this at the time, but Conte did a fantastic interview (in podcast form) with Baseball Prospectus shortly after he left. He talked about the vital role athletic trainers play during the free agency period, helping teams assess the risk of potential signees every off-season. Conte spoke at length about pitcher Brett Anderson — a free-agent gamble who worked out better than even Conte predicted when the Dodgers signed him last year.

That interview is relevant now because free agency begins Friday and the Dodgers are without two of their top medical folks.