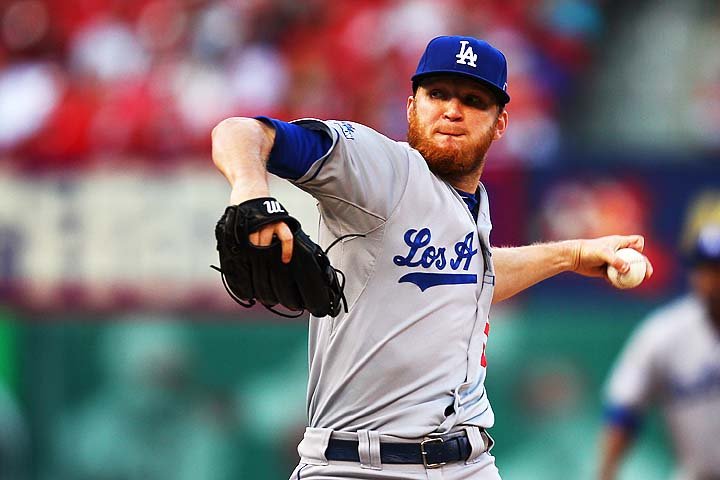 Howell has a few defining characteristics. He’s a funny guy in the clubhouse, super-emotional on the mound, and boringly consistent once the ball leaves his hand. His 1.97 ERA in three seasons with the Dodgers is the third-lowest of any relief pitcher with at least 200 appearances since 2013. He rarely fails. For this reason, he gets the ball often.

Chances are, if a good left-handed hitter was due to bat and Don Mattingly wanted a reliever, Howell would be on the mound. From April 14 to July 25, he didn’t allow an earned run over 28 ⅓ innings in 36 games, a club record for most consecutive appearances without allowing an earned run.

Howell signed a two-year contract prior to the 2014 season. His 2016 contract option became a player option when he pitched his 52nd game of the season in August, then finished the season on the active roster. Howell then exercised the player option in his contract to keep him with the Dodgers in 2016.

Avilan is eligible for arbitration and Liberatore is under team control, so both left-handers might rejoin Howell in 2016. They might have a fourth left-hander to kick around if Aroldis Chapman is ever traded to the Dodgers.

Along with outfielder Joc Pederson, Howell is one of at least two Dodgers players who’s been diagnosed with attention deficit disorder. This allows him to apply for a theraputic use exemption to use an otherwise banned substance, which he did once.

In “The Couch,” George joins a book club but doesn’t read the book. His attention span, he explains to Jerry, only applies to sports. To be fair, George didn’t join the book club for the books; he was interested in a girl in the club. They’re reading Breakfast at Tiffany’s — a 90-page book, George says. He opts to rent the movie instead. One little problem, possible only in the golden age of video stores:

George tracks down the family that rented the video. They even let him into their living room and onto their couch. He still doesn’t make it to the end of the movie. I’m not sure, but this episode might have been the reason Netflix was invented.